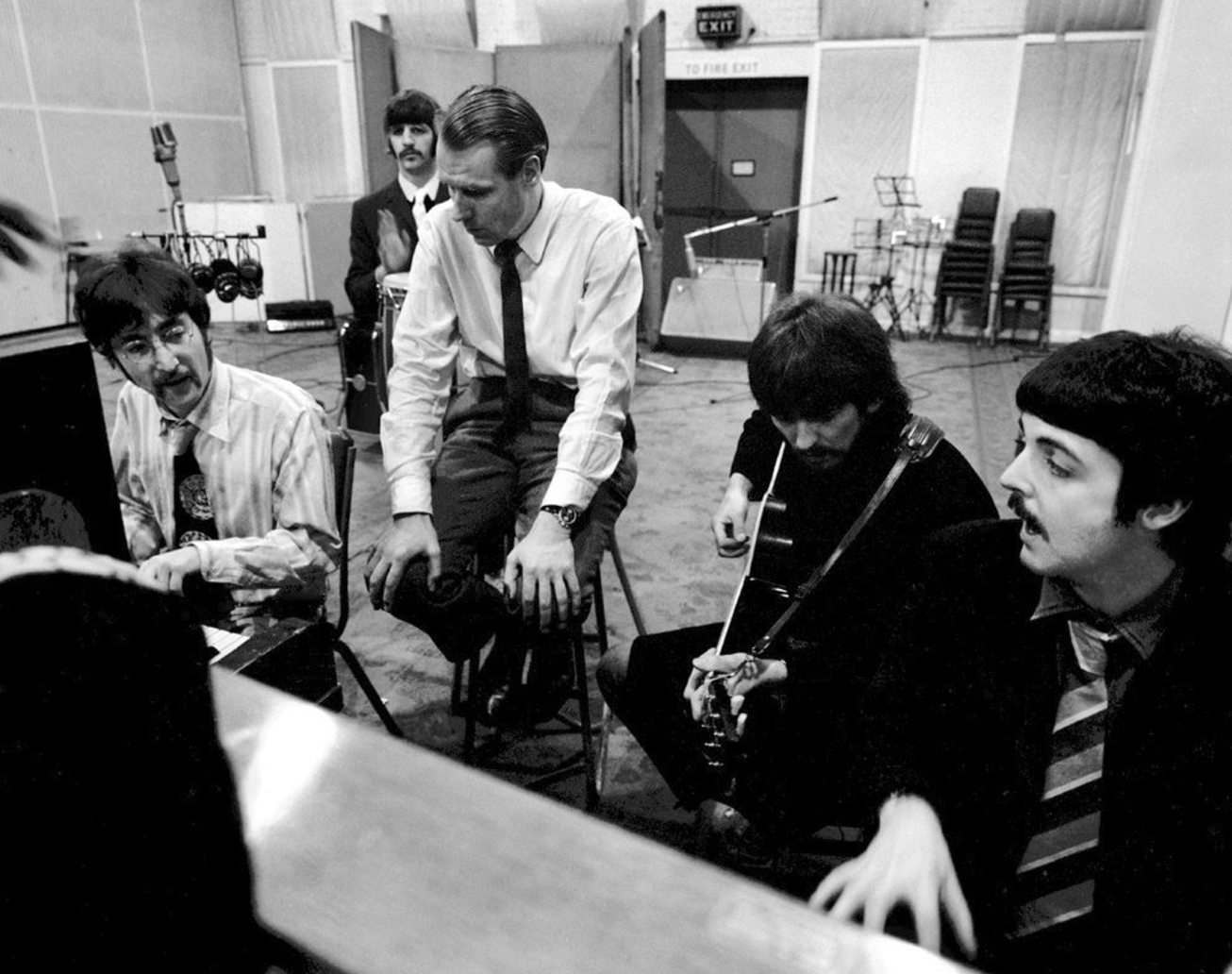 The first previously unreleased outtake from The Beatles’ sprawling new 50th anniversary Sgt. Pepper’s Lonely Hearts Club Band reissue has surfaced. The Guardian has premiered an unadorned outtake of the title song. Without the studio recording’s brass and string arrangement, the chugging Chuck-Berry-reminiscent rhythm guitar is very present, along with George Harrison’s seared, distorted lead. There’s some chuckling and improvised “I feel it…I get it, baby” section at the end. After the band breaks down, Paul can be heard saying: “I think it’ll probably be another day singing it.” John says: “And what you could do with the bits where you can’t get it ’cause you don’t have enough breath…” Paul offers, “You’ll just take over, ya?”

The Sgt. Peppers edition will be available in a number of deluxe versions including an alternate version of the album comprised of different outtakes, many of which have been previously unheard, as well as new versions of “Strawberry Fields Forever” and “Penny Lane.” The The six-disc “super deluxe” version also comes with a 144-page book and a documentary about the making of the album. They are out on May 26.