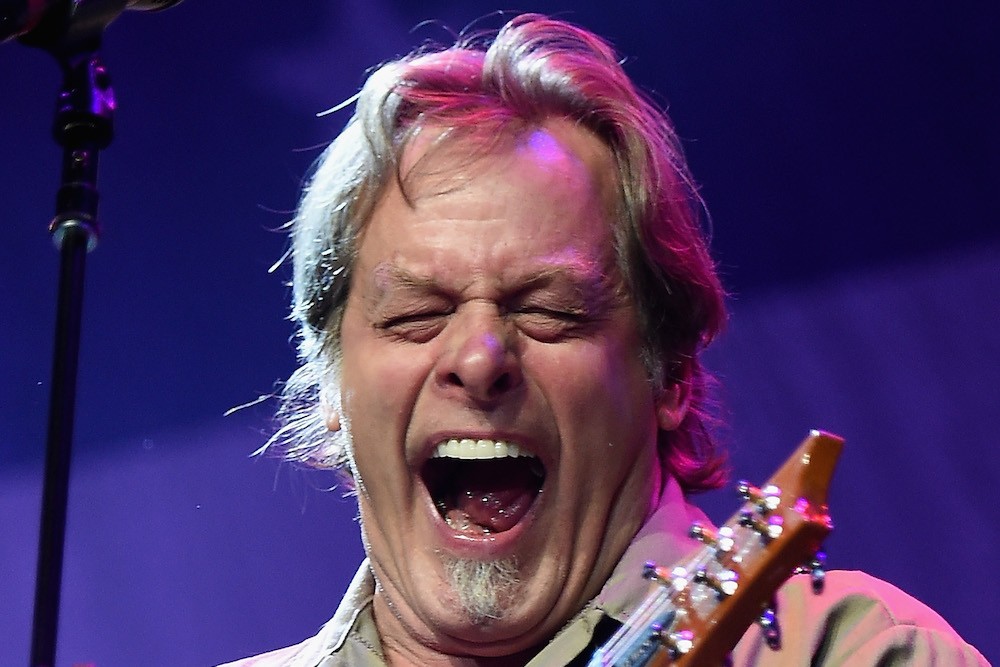 Yesterday, the Donald Trump White House welcomed an incredible crew of shitheads as visitors: Ted Nugent, Kid Rock, and Sarah Palin. After photos from the group’s audience with the president circulated on social media, noted Twitter pugilist David Crosby tweeted “this picture says it all …the two most insincere smiles in history what a pair of assholes” in response to a portrait of Trump and the Nuge mugging it up in the oval office.

Nugent says that Crosby was just worked up because of all the reefer he’s been huffing. Today, he was interviewed by WABC Radio host Rita Cosby, who asked him about the brewing beef. “Well I’ve always been attacked, and, you know, the hate from the dopers out there,” he said. “If you smoke enough dope, you just become overwhelmed with hate and ignorance.”

“And I’ll never forget when Paul McCartney condemned me for murdering innocent animals because we eat venison. And I just responded by saying, you know, I don’t really care what you eat, I’d just like to thank Paul McCartney for enriching our lives with his amazing music,” the Motor City Madman continued. “And the same with David Crosby, he’s kind of a lost soul, and he’s done so much substance abuse throughout his life that his logic meter is gone, his reasoning and his… his depth of understanding is pretty much gone, so it doesn’t surprise me, I feel quite sad for the guy.”

Sort of a funny response from a guy who had an early hit with a psych song called “Journey to the Center of the Mind.” It’s also a little surprising that Nugent would imply he’s a fan of Crosby’s mellow and sometimes deeply stoned folk-rock. I wonder if he prefers “Music Is Love” or “Tamalpais High.”

Hear the interview via Rita cosby and WABC here. The Crosby conversation starts at around eight minutes in.

Nugent is a brainless twit ….I can out think him without even trying hard https://t.co/6PNLB6lTzi