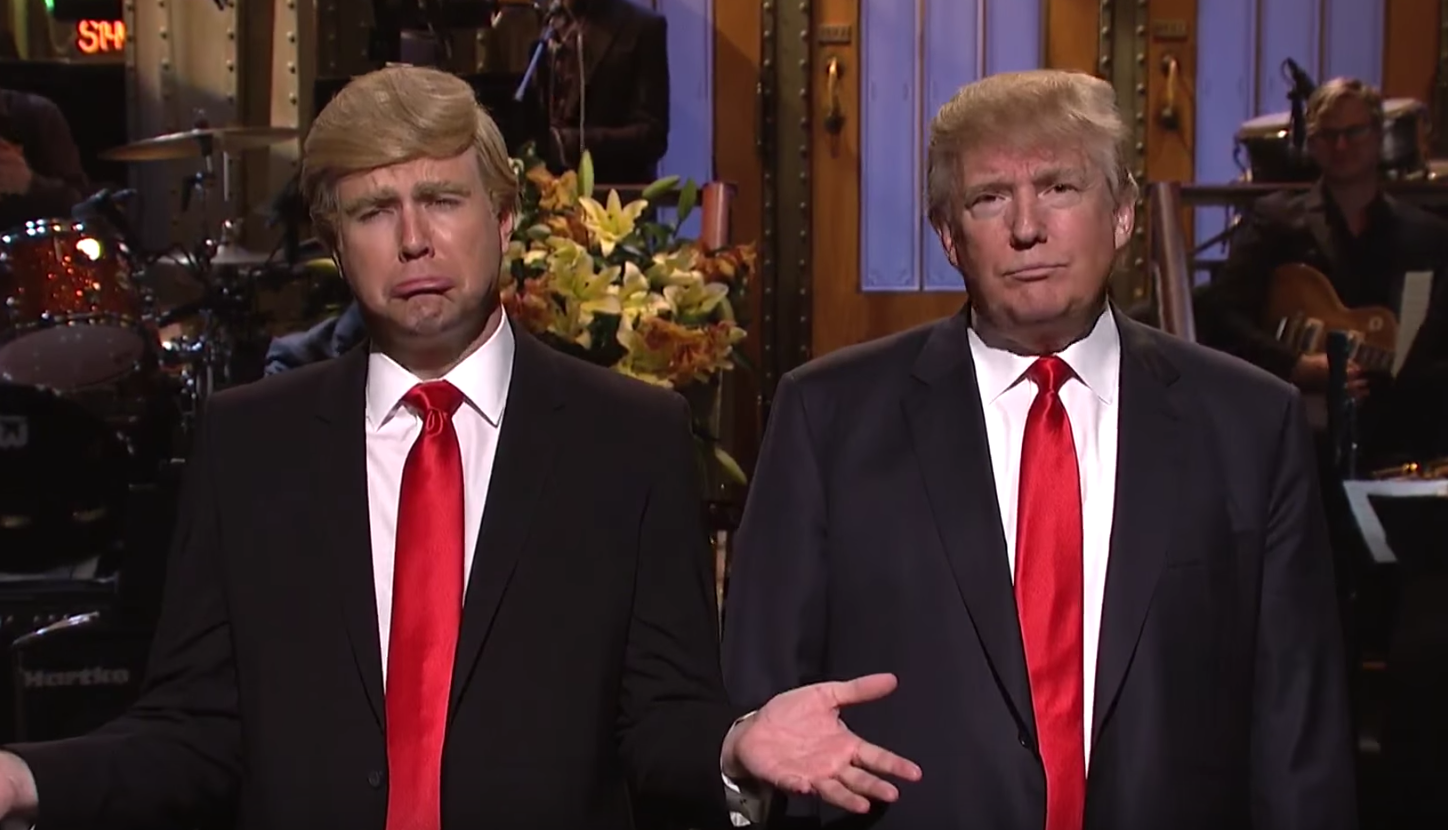 In an extensive Q&A with Brooklyn Magazine this week, Taran Killam–actor, comedian, ex-SNLer and present-day King George in Hamilton–spoke positively about many things. He loved Get Out and Logan. He loved working on his new directorial debut, the action-comedy Why We’re Killing Gunther, which co-stars Arnold Schwarzenegger. Overall, he seems have loved his six years working with “the greatest performers I’ve ever stood side-by-side with” as a Saturday Night Live cast member.

There was one of those great performers, though, that he did not have anything nice to say about. Killam began his account of working with Donald Trump in November of 2015, when the then-presidential candidate hosted Saturday Night Live,  by calling Trump a “moron.” Killam blamed both Trump and NBC for the fact that the episode exists: “It was not fun, and most of the cast and writers were not excited to have him there. I didn’t get the feeling that he was excited to be there, and it felt like a move for ratings from both sides.”

Most notably, Killam explained that the mechanics of doing comedy with Trump (Killam, notably, was the go-to pre-Alec-Baldwin Trump impersonator) were difficult. “He was… everything you see. What you see is what you get with him, really,” Killam explained. “He struggled to read at the table read, which did not give many of us great confidence. Didn’t get the jokes, really. He’s just a man who seems to be powered by bluster.”

It’s unfortunate that, almost a year and a half later, it’s almost impossible to reap pleasure out this new piece of empirical evidence that Donald Trump can barely read.