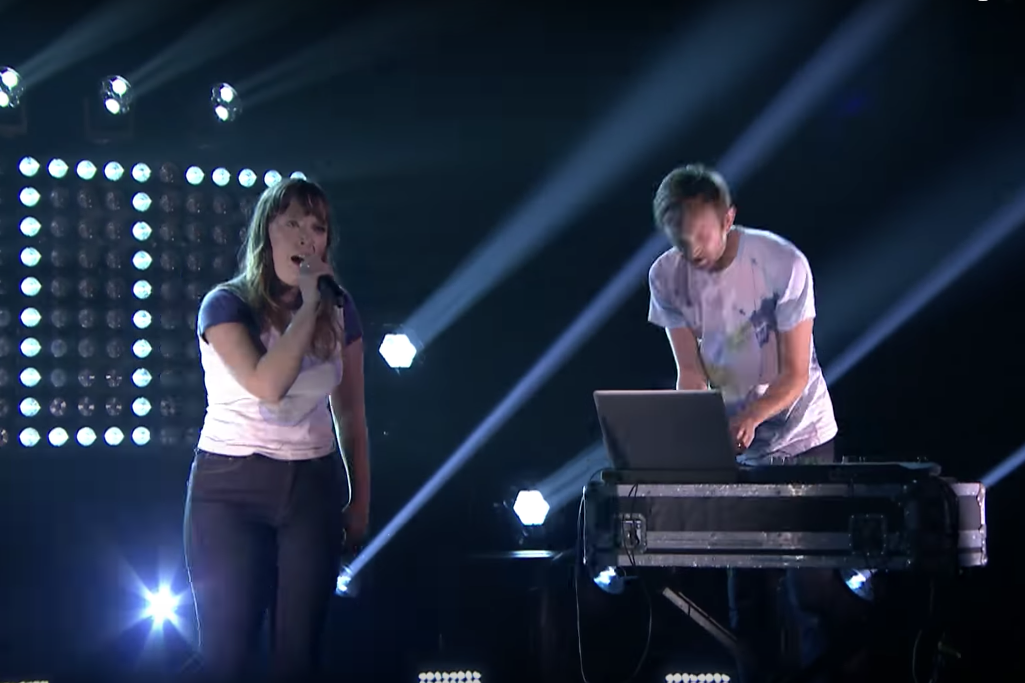 CREDIT: via The Tonight Show Starring Jimmy Fallon on YouTube

Sylvan Esso have shared a new music video for their song “Radio,” which arrives a few weeks before the release of their sophomore album What Now. The song take a sarcastic, caustic look at Top 40 radio, as the band’s Amelia Meath said “getting on the radio is like trying to join the Mafia” in an interview with Vulture.

The video for “Radio” is even more ambitious and biting than the song itself. Clips follow three heavily made-up, doll-like young women around Los Angeles, depicting their sensual night out and casual encounters with young men. It was shot in a collection of city spaces such a parking garage and an ornate, movie-set like room, complete with a fancy buffet.

What Now is out April 28. Watch the video for “Radio” below.