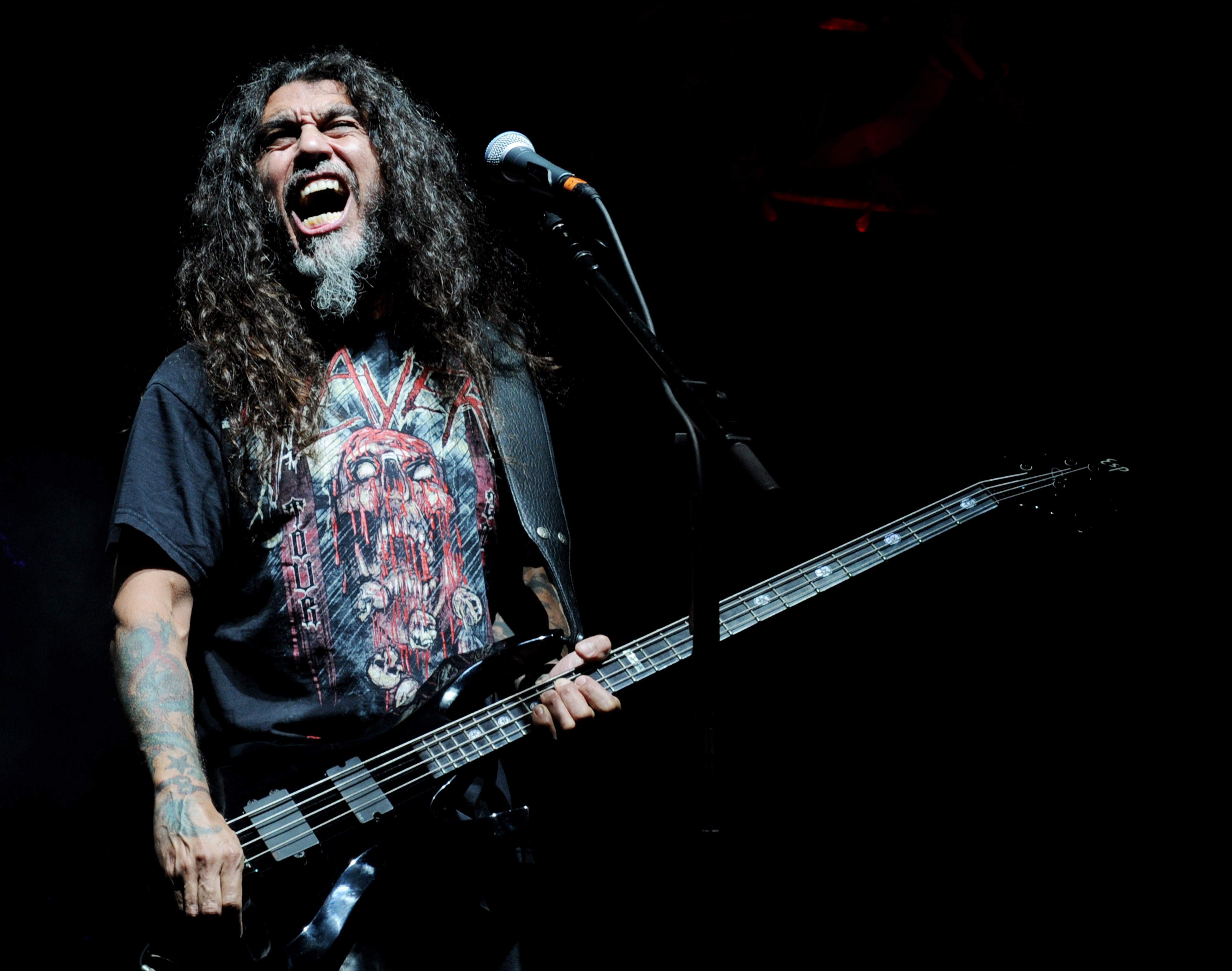 Back in January, Tom Araya, lead singer and bassist of iconic thrash metal band Slayer, posted a silly Photoshopped picture to Instagram, in which a grinning Slayer were pictured with a then-recently inaugurated Donald Trump. This was actually the second time Araya had posted the photo to Instagram; the first time around, it had been deleted by a manager of Slayer’s page. “i never would have guessed that there where so many snowflakes commenting their distaste for the new president,” he wrote. Pretty soon after, the band issued a statement saying they really wish he hadn’t done it. Even so, the picture remained.

Now, Araya has given an interview to Rolling Stone in which he doubles down on his hey man, why you so mad stance. Who was to blame for the outrage over Araya jokingly asserting the band’s affinity for a president intent on cutting taxes for the rich, taking health care away from the middle class, and getting us into a fresh new batch of wars? America, obviously. “I shared a picture that I thought was funny and they can’t even joke, they can’t even laugh at themselves, they can’t even have fun,” he said. “And that just is amazing that it’s come to that. We’re a nation of crybabies.”

Perhaps unsurprisingly, Araya also says he didn’t vote. “Those are two people that are the furthest from [someone] that I would ever vote for. I was taken back by the response and how people reacted, but it was all in fun and it was all to make people laugh because I thought it was funny. And also to piss some people off — I just didn’t realize I was going to piss so many Slayer fans off.”

You know what they say: You either die a hero, or live long enough to become an internet troll.