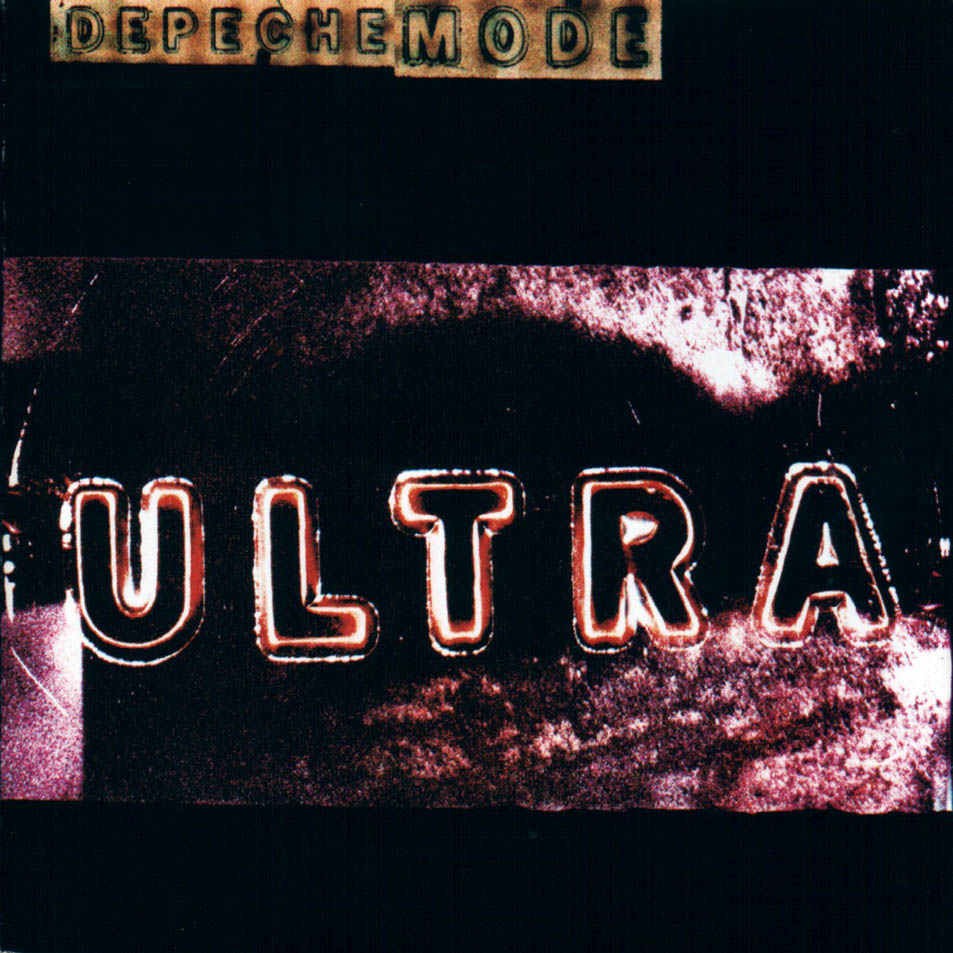 Depeche Mode’s ‘Ultra’ originally came out April 14, 1997. In honor of the album turning 20 this year, and our feature on the Best Alternative Rock Songs of 1997 that includes Depeche Mode’s “It’s No Good,” we’ve republished it here.

It didn’t especially disturb me to hear that Dave Gahan had nearly killed himself on heroin and cocaine, but I did get worried watching Depeche Mode’s “Barrel of a Gun” video—isn’t that high-speed makeover thing that director Anton Corbin does to Gahan’s hair a little too close to the “Sledgehammer” clip for comfort? Let’s face it: Gahan and his mates don’t just deserve to be treated like a cartoon, they’ve counted on it to keep springing along despite the death of electropop new wave. Cartoons are allowed to overdose (think of Keith Richards); it’s when they start hiding their hairlines, or evoking Peter Gabriel’s last desperate attempt at relevance, that we have a right to feel concerned.

Still, “Barrel of a Gun” is classic Depeche Mode: down-plus tempo; Gahan’s tortured baritone squeezing the lemon of Martin Gore’s teeny-bop, S&M lyrics; guitars, synths, and drum machines deliberately emasculated like so much ground meat. As a formula aimed at the cheap seats—stadium tours, global sales—it’s proven nearly as enduring as the Stones’ start-me-ups. In the 1980s, when postpunk guitar bands had next to no arena potential, Depeche wisely chose to go anti-guitar rather than hair-metal; Gahan looked Poison-ously silly grunging himself up with long hair and tattoos for 1993’s Songs of Faith and Devotion, but now electronica has made his band the Mode again. And when techie Alan Wilder left before Ultra, it wasn’t hard finding a surrogate: Tim Simenon of Bomb the Bass.

Simenon’s pristine production (his last album was called Clear) fits Depeche Mode’s need to conceal their age in sleekness. Rather than co-opt drum’n’bass, they do what they’ve done since Violator: merge machine aesthetics and corporate machinery into a punkishly forbidding indolence. After “Barrel” come a couple of forgettable tracks, then three humbly sullen succulents (the cocksure “It’s No Good,” the robot groove of “Useless,” the junkie hymn “Syster of Night”). Then, to recover from all that work, two fatigued vocals—including the Gore-sung “Bottom Line,” yet another dumbed-down Leonard Cohen homage—and an utterly vacuous “secret” instrumental finale. Presto! World-tour time. What made Dave Gahan think he could die?