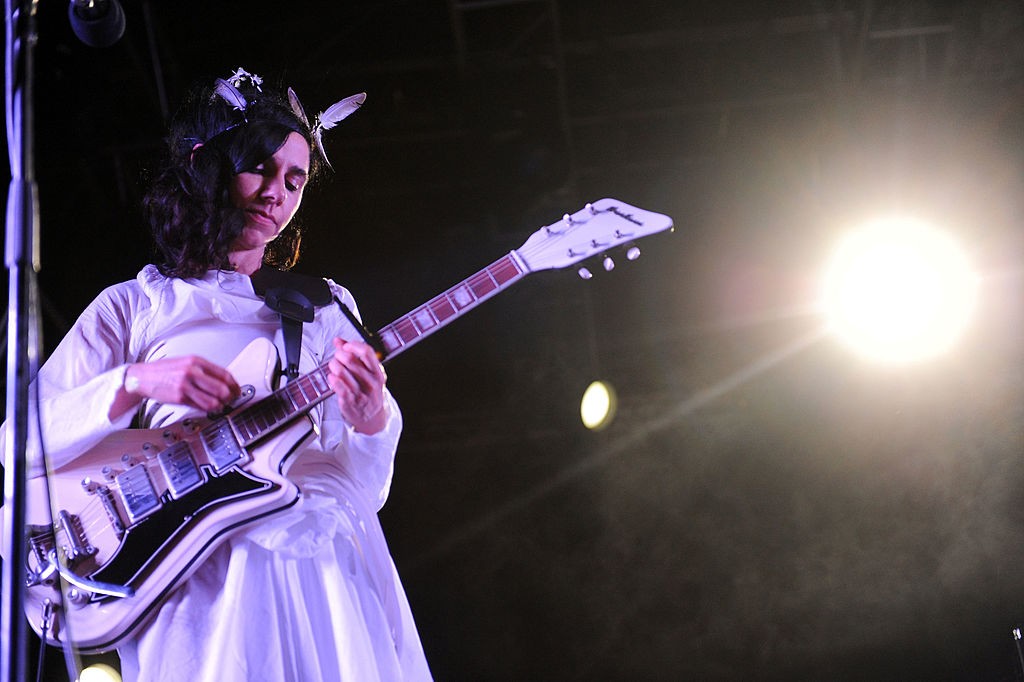 PJ Harvey is currently on a rare North American tour, and she’s brought along a limited edition 7″ single featuring two new songs, “A Dog Called Money” and “I’ll Be Waiting.” Today, the hushed, gothic “A Dog Called Money” received a radio premiere on Lauren Laverne’s BBC Radio 6 show. For now, the only way to hear it is to either buy the single at a show, or listen to the Radio 6 premiere here—skip to the 1:52:36 mark. [The Line of Best Fit]