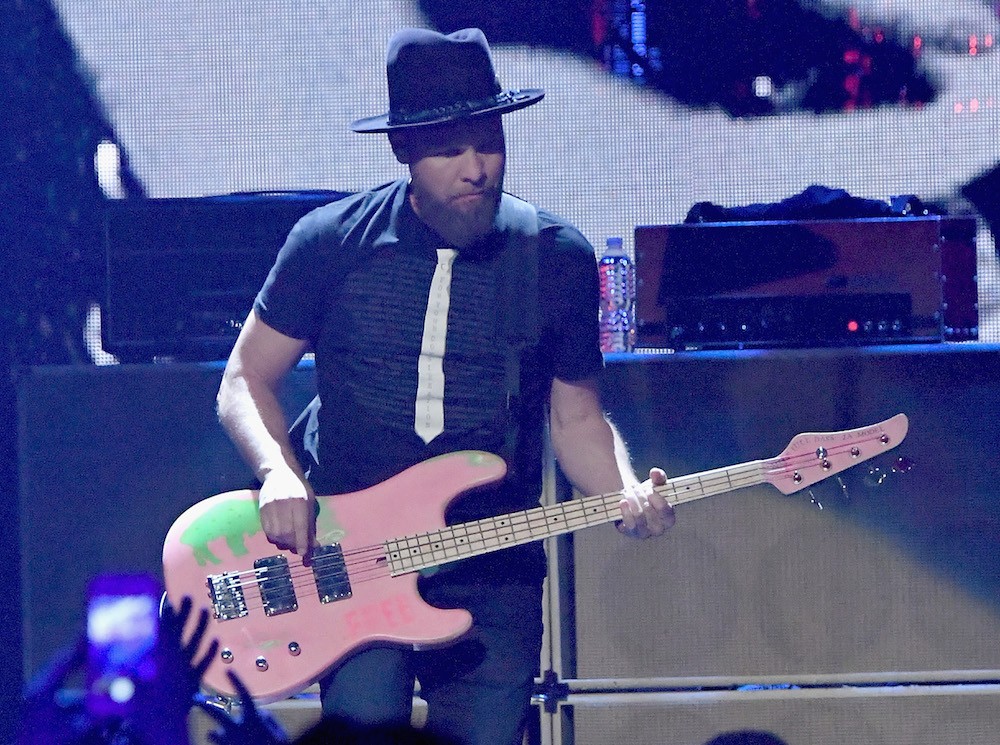 Every year when the Rock and Roll Hall of Fame announces its class of new inductees, it’s an occasion for fans to gripe about how their favorite bands were snubbed yet again. This year, with the induction of Pearl Jam, was no exception: Why weren’t punk innovators and fellow nominees Bad Brains chosen instead, for instance? Or what about the all-time great disco and funk ensemble Chic, who’ve now been nominated 11 times without a formal induction?

Jilted fans, Pearl Jam bassist Jeff Ament feels your pain. During PJ’s performance at the Rock Hall induction ceremony last night, Ament wore a t-shirt with a necktie graphic, which read “FOR YOUR CONSIDERATION.” On either side of the tie were the names of dozens of bands that haven’t yet gotten the nod.

Ament’s shirt included plenty of greats, like Sonic Youth, Can, Brian Eno, Fugazi, Neu!, Warren Zevon, Fela Kuti, Devo, Tom Waits, the Replacements, Pixies, Nick Cave, Nina Simone, Flipper, Thin Lizzy, PJ Harvey, Gang of Four, and Bad Brains themselves. (Not Chic, however.) Also conspicuously absent were the southern-fried rock and boogie-woogie greats Little Feat, whose long-suffering fans have been railing against and petitioning the Rock Hall for the Feat’s inclusion for years. Maybe next year, the late Lowell George and friends will get in–or at least they’ll make it onto another inductee’s t-shirt.