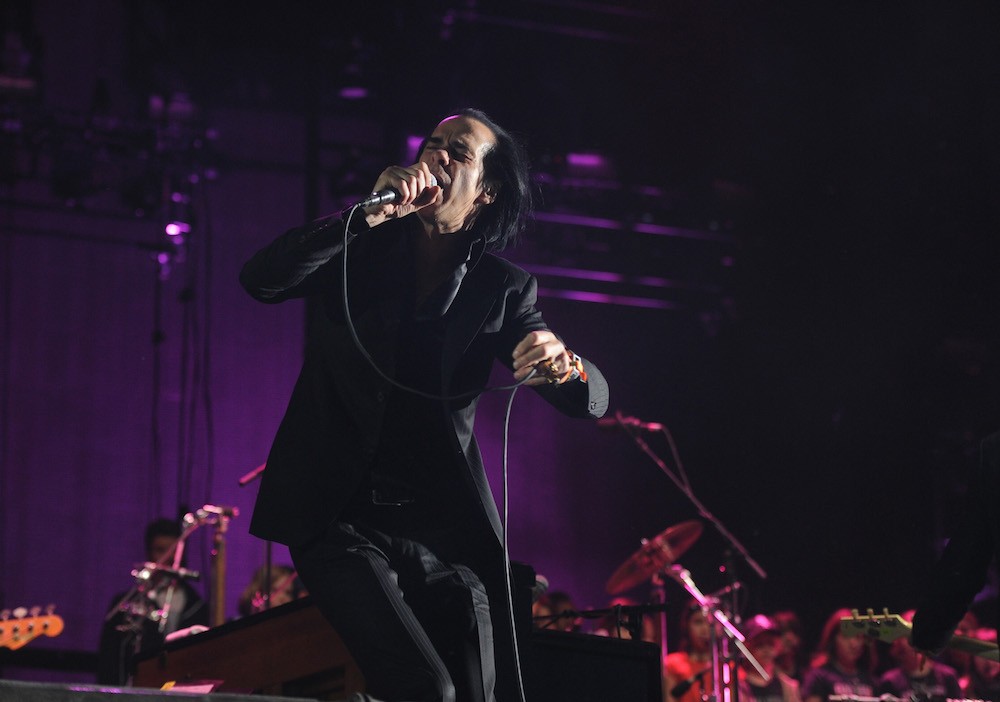 Nick Cave has a reputation as a very serious man, and a lot of the time he lives up to it. But the great Australian troubadour has a puckish streak that runs deep, too. Remember when Russell Crowe asked him to write a script for a Gladiator sequel and he turned in an epic about Crowe’s deceased title character being resurrected by the gods and asked to kill a Christ-like human deity, then time traveling to the future to fight in the Vietnam War? (If you don’t remember, you owe it to yourself to check it out. Needless to say, the studio didn’t pick it up.)

Cave’s latest merry prank is relayed in a long and thoughtful profile published today in GQ. While much of the story relates to Cave’s grief over the death of his son and the two masterpieces that followed–the Bad Seeds album The Skeleton Tree and One More Time With Feeling, Andrew Dominik’s gorgeous film about the making of the album–there’s also a great anecdote about the time Cave tried to get his hometown of Warracknabeal to erect a statue in his honor. This was earlier in his career, and to Cave at the time, the idea of a Nick Cave statue was inherently absurd. He figured the small town would reject the idea straightaway:

“There was a kind of perverse allure to the whole thing,” he says, “of having a statue in a town where everyone was, ‘Who the fuck is this guy?’ The idea was to make the statue, have it rejected by the town, and dump it in the desert—this Planet of the Apes type of scenario, the desert eventually swallowing it up.”

Recently, however, the town has expressed renewed interest in erecting the Cave tribute. Cave himself, naturally, is no longer as interested, now that he’s actually regarded as someone worthy of a monument. But things have apparently gotten far enough along that there’s a prototype.

The design exists, and when I mention this scheme, he leaves the room and returns with the prototype of the bronze sculpture. It shows Cave, with long hair and wearing nothing but a loincloth, heroically posed on a rearing stallion, his left arm brandishing what Cave describes as “this sort of eternal flame.”He places it on the mantelpiece, next to a statue of Jesus, also wearing nothing but a kind of loincloth, his slipping down off his waist in a weirdly sexual way. The near-naked twosome remain there, just above us, as we talk.

The design sounds like it is both sublime and completely ridiculous, which would make it an exceptionally fitting tribute.