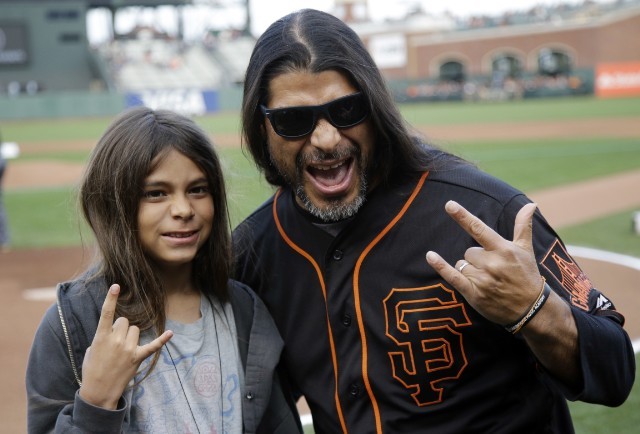 Tye Trujillo, the 12 year-old son of Metallica’s Robert Trujillo, will soon be touring with Korn, Blabbermouth reports. According to a statement from Korn, bassist Reginald “Fieldy” Arvizu is unable to make it to the band’s upcoming tour dates in South America, and the young Trujillo, who currently plays bass in a band called the Helmets, will fill in. “We are bummed Fieldy can’t join us on this run but excited to do a few gigs with a young player like Tye,” Korn write on Facebook. “We look forward to welcoming our brother Fieldy back when we return to the States in May.”