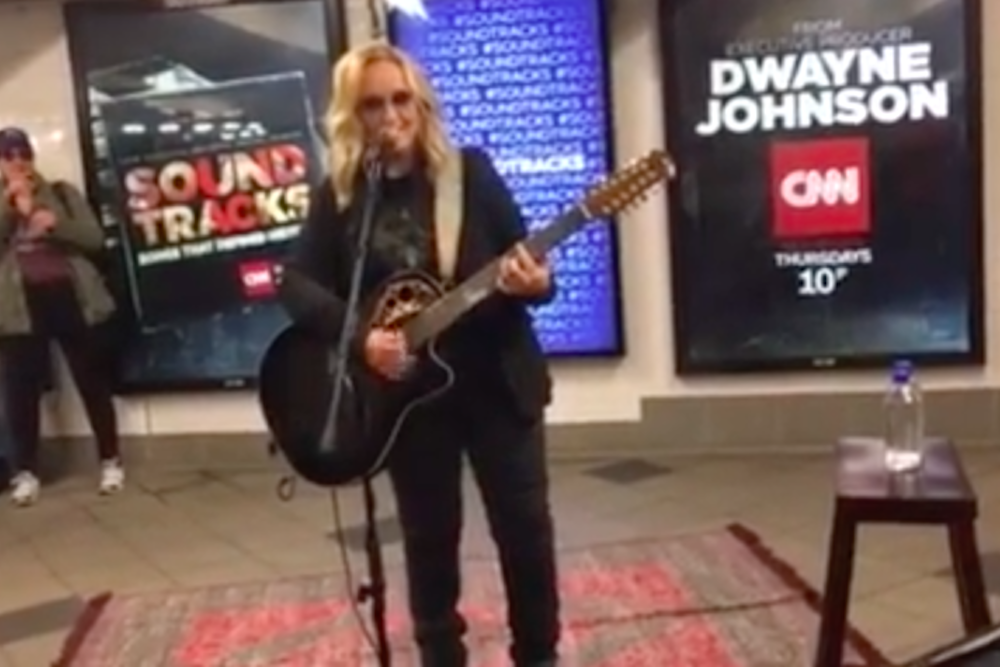 Tuesday morning, New Yorkers whose commute includes a stop at the Columbus Circle subway station got a surprise treat in the form of an acoustic performance from Melissa Etheridge. The Grammy-winning songwriter performed for a small huddle of onlookers, singing the pop standard “On Broadway” and the Rolling Stones’ “You Can’t Always Get What You Want.” She had some technical difficulties with her amp, but admirably played through them, and the crowd seemed to enjoy the show.

Alas, rich and famous musicians don’t generally take their guitars down to the subway just because they feel like it, and as you may have guessed from the lineup of ads behind her, Etheridge was apparently promoting her appearance in the upcoming CNN show Soundtracks. Watch a fan-shot YouTube video of the brief performance below.