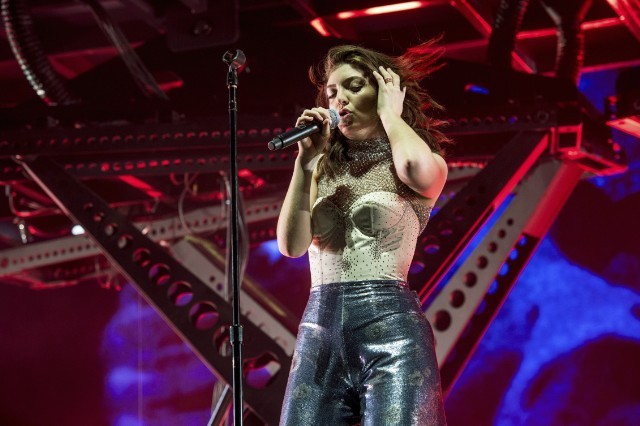 Last night, Lorde performed in the coveted one-down-from-headliner spot at the last night of the Coachella festival. Lorde, of course, has the new album Melodrama coming out this summer. She’s shared the new songs “Green Light” and “Liability,” and she debuted another new one called “Sober” at a pre-Coachella show. And during her Coachella set, she also debuted another new one called “Homemade Dynamite.” Talking about the song before singing it, she said that it was about the good, crazy part of living in your twenties. The song has a big hook and some quasi-rapping, and there is one enormously endearing moment where Lorde makes an explosion noise. Watch a fan-made video below.

Meanwhile, here’s a relatively clean version of the audio, possibly ripped from the YouTube livestream:

Also, before singing “Liability,” Lorde sang a few bars of Kanye West’s “Runaway,” even though she’s Team Taylor and all: