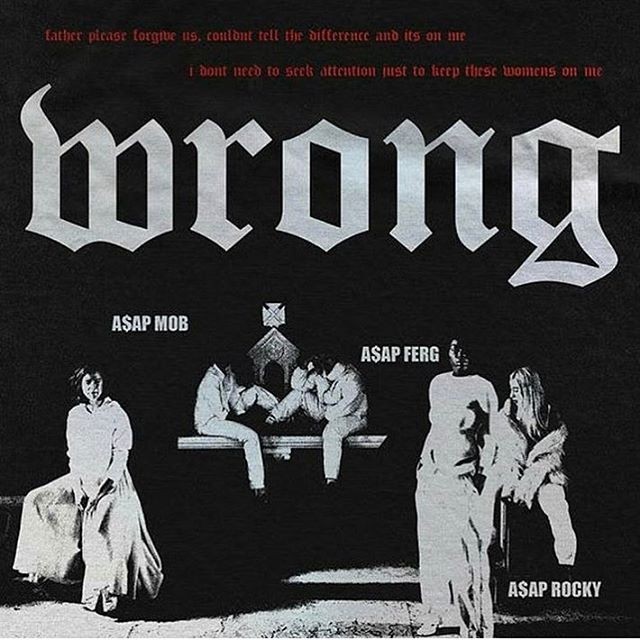 A$AP Mob is back with a new track featuring just its two most famous members, A$AP Rocky and A$AP Ferg, who have teamed up for “Wrong,” a melancholy joint produced by Harry Fraud.

The song’s title refers to the two rappers asking God for forgiveness for, essentially, having a lot of sex. Rocky and Ferg trade verses and take turns at the warbled hook, with singing that is pretty rough but also kind of perfect.

There’s still no word on when the Mob’s Cozy Tapes Vol. 2 is set to drop. Listen to “Wrong” below.