Last night, LCD Soundsystem kicked off their five night residency at the new 1800-capacity north Brooklyn venue, Brooklyn Steel. If you live in or around NYC: good news, Brooklyn Steel is pretty cool, at least enough to make you hope you can go there all the time instead of Terminal 5. But here’s the real news: for the first time since their reunion, LCD Soundsystem played new songs as a preview of their forthcoming album.

Posted on doors inside Brooklyn Steel was a letter asking fans not to film parts of the show because (A) they already made a movie full of the old songs and “you’re not gonna find a ‘better angle’ with your iPhone than Spike Jonze found with his camera” and (B) they’ve been laboring over these new songs and don’t want the world to first hear them via a bunch of distorted phone recordings. The last part might be futile, especially when, you know, we’re finally hearing new LCD music, and also because it’s 2017, but it was actually pretty nice to experience those moments without hundreds of phones in the air.

James Murphy was self-deprecating earlier in the night, telling the crowd, “Everyone thinks they want to hear new music but then the reality is they don’t know the songs…” He was probably underestimating just how much new LCD music is anticipated, especially considering we’ve been promised that since way back at the end of 2015, when the reunion was first announced. But also: the first new LCD song of last night, apparently called “Tonight,” felt like an instant classic LCD song. A hardened disco synth line and unrelenting beat push the whole thing forward, making it one of those LCD semi-epics that is infectious like a repetitive club track while also incrementally building drama via small synth embellishments or a new vocal melody. It starts, “Everybody’s singing the same songs / It’s all ‘tonight, tonight, tonight, tonight, tonight’ / I never realized that these artists felt so much about time.” The pull of the song reminded me of “Get Innocuous!” but it’s a little more restrained than that, and Murphy spends most of the song speak-singing in a cadence not dissimilar from (though less frantic than) the one he uses on “Pow Pow.” And he’s in cultural analysis mode on this one, singing about everyone liking the same things and kids selling limited-edition shoes. Another line goes “You’re getting older / I promise you this, you’re getting older … You’re such a winner, but the future’s a nightmare.” And later, a few lines that sounded like: 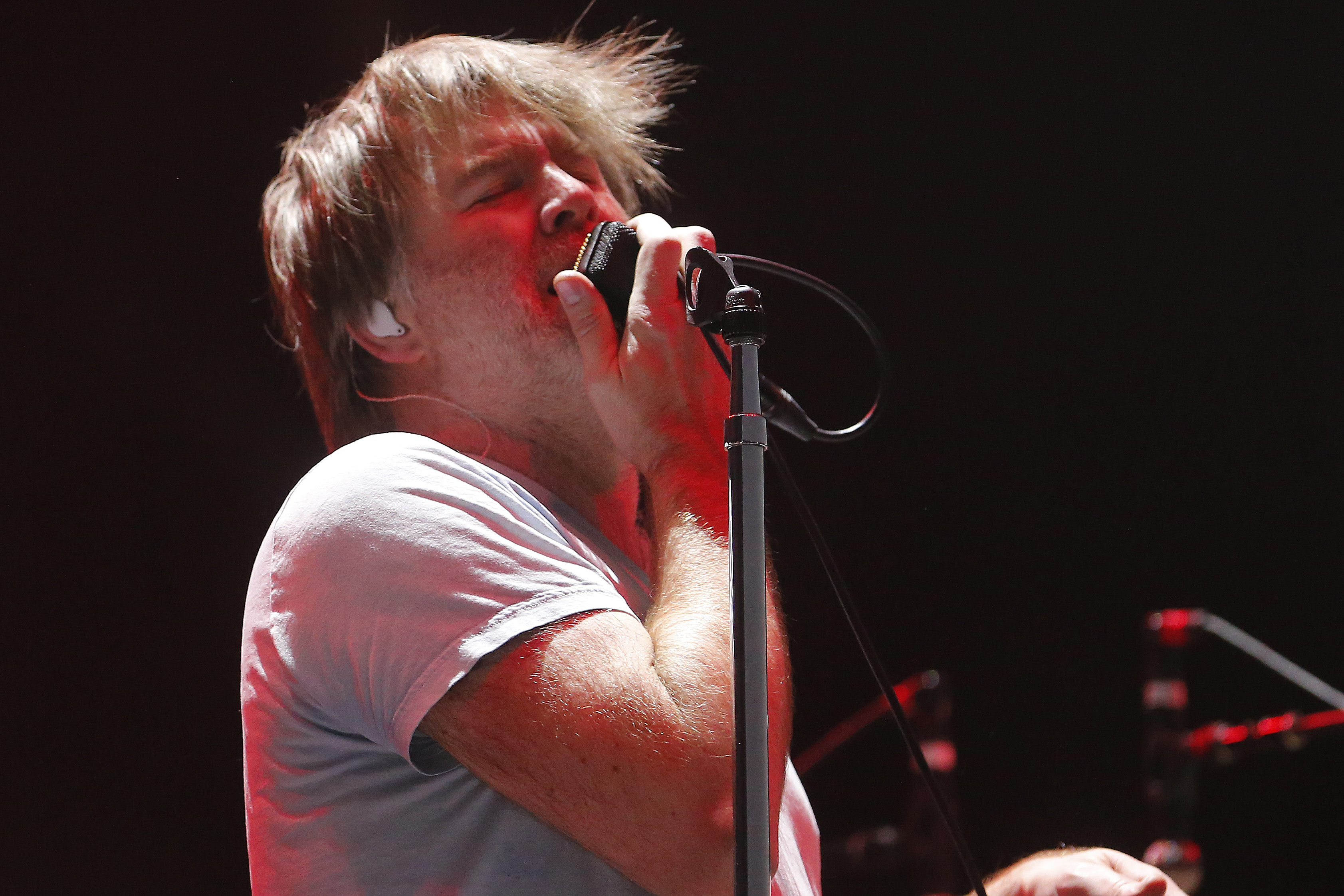 Occasionally these verses wrap around to these little descending backing vocals that sounded Bowie-ish. As it goes on, there’s an almost pretty, slightly intensified ending passage, punctuated by some carefully placed synth parts and Murphy slipping into this wistful melody that almost sounded like something OMD would’ve written early on.

I’m going to skip ahead to the third song for a moment, which is apparently called “American Dream.” This is sort of the “New York, I Love You But You’re Bringing Me Down” of the bunch, but it has a different kind of lushness. The recurring main synth line is a big, gauzy, meditative thing — obvious touchstone, but it really, really sounds like something that’d be in a heartache-driven John Hughes scene. The rest of the track has a kind of barroom lament lope, which eventually meets back up with that main synth line, as well as band backing vocals towards the end (it sounded like they were singing “sha-lang, sha-lang”) that sounded more ’60s than mostly anything I can remember Murphy being involved in.

So back to that second song. For me, this was the holy shit, I’m hearing new LCD music moment. All three songs were great, but this song made me think of two things. It made me think of when you hear a lost three-minute new wave hit for the first time and you wished it was six minutes. (LCD’s is the one that’s actually six minutes.) It made me think of when one of your favorite bands comes back from a long absence and you are dying to hear what they’re writing but you’re also apprehensive like “Well, what if they’ve lost it this time” and then they play a song that’s something you couldn’t have pictured at all, and also immediately so obviously an amazing song and extension of their sound, and also a moment that makes you think “Goddamn it, this is better than I thought their new stuff would be.”

That song was called “Call The Police” and before it started Murphy remarked that they were using Dean Wareham’s old Galaxie 500 guitar. It starts with a floating, big vocal part in which Murphy seems to sing “We all/We all know this is nothing.” That part, the beginning — it’s kind of odd, to be honest. It almost sounds like another indie band for a second. It is, no joke, totally a mid-’80s U2 melody if you change the singer and some of the synth tones. From there, the song settles into this runaway, soaring pace and never lets up. It’s one of those LCD songs that seems to keep rising and rising, which is different than how “Tonight” had a bit of “Get Innocuous!” build. This was more like the breakneck mix of endorphins and melancholy of “All My Friends,” and it really went for all things ’80s, between the synths and Murphy swapping between a bunch of great new wave-indebted melodies. Murphy mentioned they played the song way faster than they intended, but … hopefully this is the version of the song we hear someday (soon?).

Altogether, the three songs felt like a very logical extension of This Is Happening, seven years later — more ’80s elements emphasized, long songs that subtly build and change, glossier, all that. Murphy promised a fan the new album is “almost done,” so who knows when we’ll finally hear this thing. But based on what we heard last night, it’s going to be worth the wait.