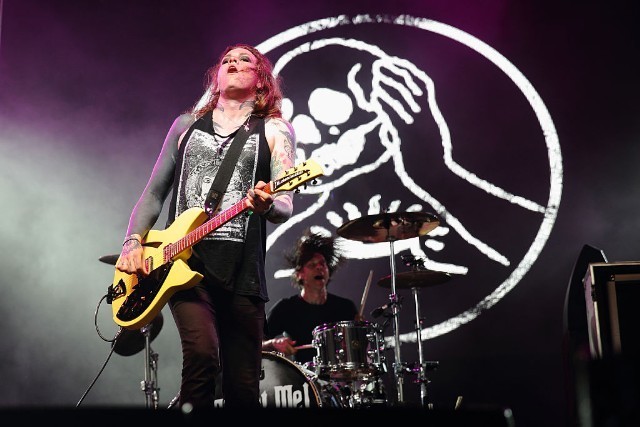 Against Me!‘s Laura Jane Grace recently sat down with Terry Gross on the latest episode of NPR’s “Fresh Air.” In the wake of her recent album Shape Shift With Me and new memoir Tranny: Confessions of Punk Rock’s Most Infamous Anarchist Sellout, Grace spoke at length about the challenges of her transition, as well as an incident last year where she burned her birth certificate on stage in protest of North Carolina’s HB2 bathroom laws, saying “Goodbye, gender.”

“All this focus over using a restroom is so ridiculous and so dehumanizing,” she notes in the interview. “It’s something that since I was a kid—restrooms were always unsafe places, and the focus of that around someone’s gender is just cruel.”

The two went on to discuss Grace’s childhood in southern Florida, where she was once beat up by police at the age of 14, which led to take up leftist politics. “[The politics of it were] one of the very appealing things to me early on, especially stumbling onto like anarchist punk rock and activist punk rock and a scene that was really strongly feminist and antiracist and antihomophobic, antitransphobic, etc.”

Check out the band’s recent video for the song “Haunting, Haunted, Haunts” and listen to the full interview below.