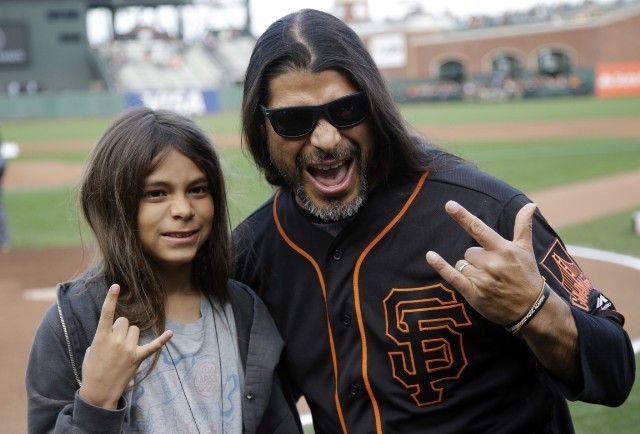 Poor Fieldy. Korn’s enlistment of Metallica bassist Robert Trujillo’s 12-year-old son Tye as a replacement bass player for the nu-metal giants’ South American tour may have given the band the biggest publicity boost they’ve had in years. Let’s hope they decide to bring their normal five-string-bass-slapper Fieldy, who was forced to abandon the tour due to “unforeseen circumstances,” back at all. (Theoretically, he’s supposed to return on May 6 for the band’s show at the Carolina Rebellion festival).

For now, let’s enjoy Tye while he lasts (he’s got five more dates in South America). Below is some choice fan footage from his debut in Bogotá. In one video, you can see him hitting a solo, and during the “Falling Away from Me” performance, Jonathan Davis yells “Go Tye!” while someone dressed as the doll on the cover of Issues dances alongside him.

Korn Tackles Technology Addiction in ‘Can You Hear Me’ Video