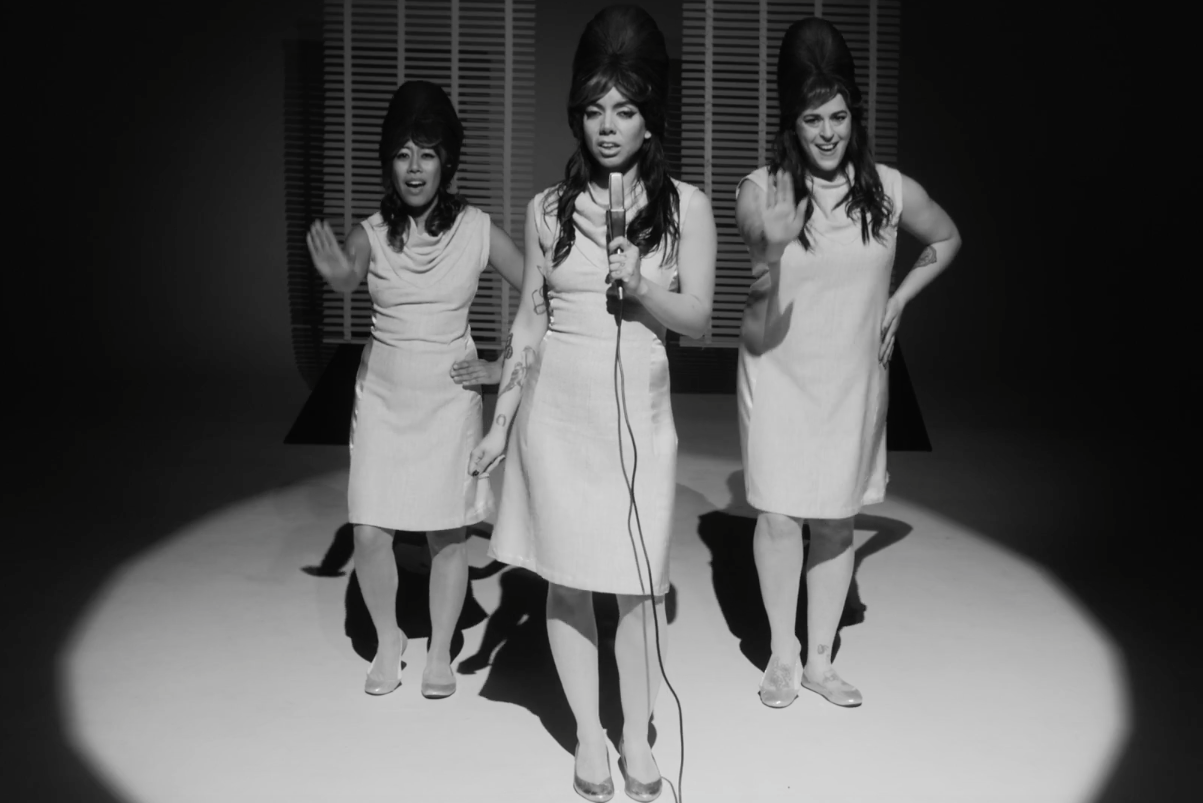 Back in February, Amazon’s streaming service Amazon Music released a pair of lengthy Valentine’s Day playlists called Love Me and Love Me Not. Hurray for the Riff Raff’s Alynda Segarra contributed a cover of the Ronettes’ classic “Be My Baby,” a song she’s performed live for years. Today—because why not—Amazon has released a video for Hurray for the Riff Raff’s cover. The black-and-white clip re-creates the set and atmosphere of the Ronettes’ 1965 television performance on Shindig!, the vintage rock ‘n’ roll variety show. Segarra’s beehive hairdo and winged eyeliner mimics Ronnie Spector’s signature look, while her backup dancers work the charming retro girl-group moves.

Not that it’ll be much help the next time you order something on Amazon and realize it’s cheaper at the drugstore, but at least you got to see Segarra re-create ’60s television for a Valentine’s song in mid-April first. (For more Amazon-funded contemporary artists covering old hits, see the entire soundtrack for The Man in the High Castle.) Watch Hurray for the Riff Raff’s “Be My Baby” video below.

Waxahatchee and Hurray for the Riff Raff Announce Tour