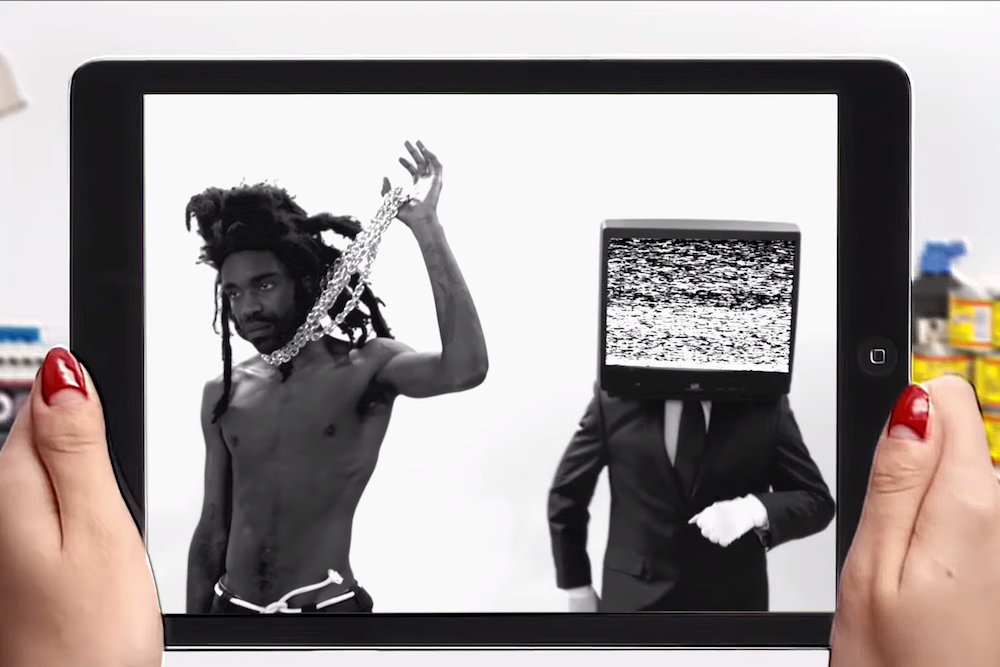 Punk duo Ho9909 is dropping their debut album United States of Horror on May 5, and they’ve just released the video for album cut “City Rejects,” an impressionistic screed that rides off teeth-breaking, power chord strums. This follows up last month’s flick for “United States of Horror.” As you’d gather from the screen cap above, the video is an on-the-nose commentary of consumerism, technology, and how people of color end up on the raw ends of both.  Expect confederate flags, the oft-used chain metaphor, and digitized police violence. Watch below.