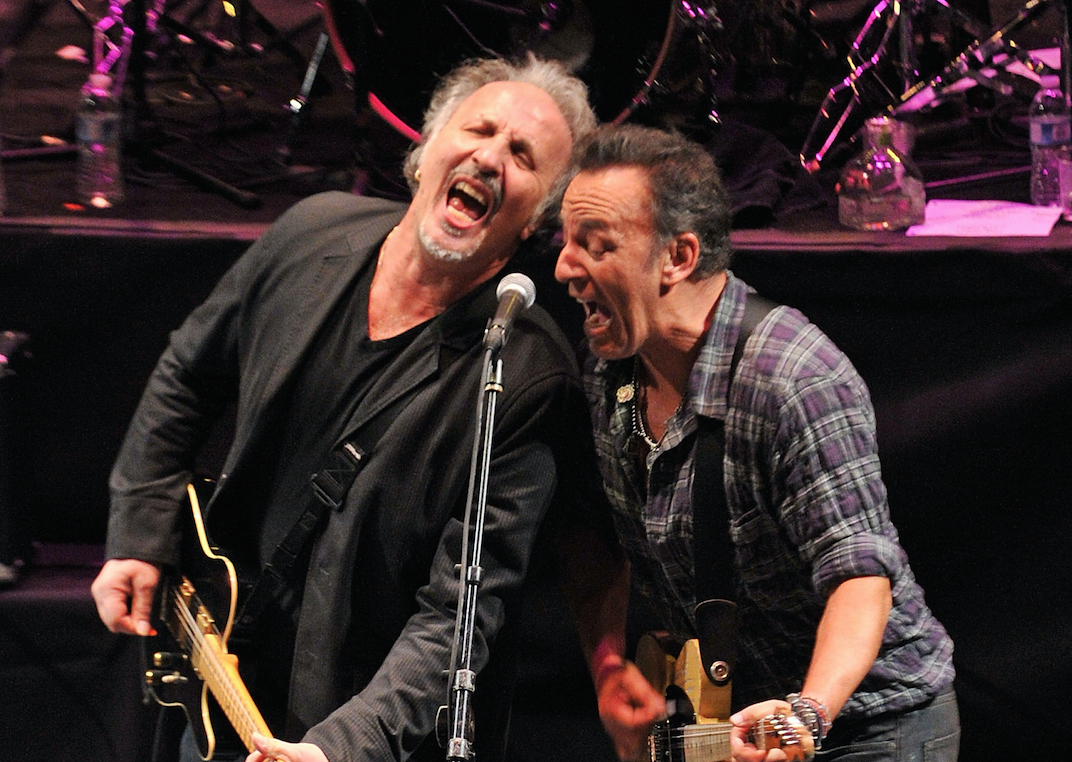 One of Bruce Springsteen’s good friends and collaborators is Pittsburgh rock staple Joe Grushecky, for whom the Boss produced several albums–most notably, 1995’s American Babylon. His last recorded collaboration with Grushecky was on his band The Houserockers’ 2009 album East Carson Street (named for a prominent avenue in the South Side district of Pittsburgh). As Pittsburgh-based Springsteen fans know, Grushecky, an active music teacher who plays regularly on his own around the city, often guests at E Street band shows when Bruce plays the ‘burgh. In 2015, Bruce Springsteen made a notable surprise appearance at an intimate Grushecky and the Houserockers bar show near the Jersey Shore, where the band backed Bruce for a full 2-hour show.

Grushecky’s first collaboration with Bruce is a duet for the two singer-songwriters: a new Grushecky-penned anti-Trump protest anthem called “That’s What Makes Us Great.” Grushecky told the Pittsburgh Post-Gazette that the song was written shortly after Trump became president in January. (It was Trump’s treatment of special needs people, who Grushecky worked with and taught for decades, that had particularly irked him).

Springsteen and Grushecky’s band collaborated remotely, with Springsteen e-mailing Grushecky his vocals (he sings harmony and delivers the second verse) from his home in Jersey. Springsteen notably belts out “And don’t you brag to me/That you never read a book/I never put my faith/In a con man and his crooks.” There’s a lot of talk of “love conquer[ing] hate” a bit about “Let’s turn this thing around/For before it gets too late,” but some indication of a specific game plan for how to accomplish that.

“I had this song, and Bruce and I had been talking,” Gruschecky explained. “I sent it to him and he liked it. I said, ‘What do you think about singing on it?’ He gave it the Bruce treatment.”

He certainly did. If you want to hear “That’s What Makes Us Great,” you’ll have to purchase it for a buck exclusively through Grushecky’s website.