The Pop Stars of Tomorrow Are Narcs

Home » News » The Pop Stars of Tomorrow Are Narcs

Halsey is a popular singer, and if her label has its way she’ll become even more popular, as beloved and ubiquitous as Katy Perry or Bruno Mars. The video for her recent single “Now or Never” is a bewildering 6-minute mini-movie filmed in Mexico City featuring chase scenes and a violent shootout, which is to say that she quite obviously has the budget behind her to become a superstar.

If she does reach that level, it will probably because she’s already cultivated a loyal fanbase of teenagers who began following her on Tumblr. Halsey may very well become the voice of a new generation, and if she does it will be because she’s openly campaigned for it. The chorus of “New Americana,” the big single off her debut album Badlands, goes thusly:

This is a song as marketing pitch, not so much to Halsey’s intended audience exactly, but to everyone else: when you think of millennials, picture this person. That’s fine and all, but nearly two years on from that song’s release, I still have one nagging question: What the fuck kinda teen calls weed “marijuana?” 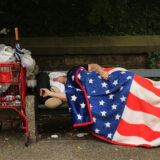 You might think this is an isolated incident. It is not. One of the breakout hit singles of 2017 is by the New Mexico-based teenager Khalid, whose song “Location” is currently peaking inside the top 20 of the Billboard Hot 100. “Location” is a specifically millennial version of an R&B slow jam about lovers connecting via iPhone GPS signals. Khalid and Halsey have a lot in common. Khalid’s recently released debut album is called, ahem, American Teen, and it uses the same slick, vibe-y sound palate as Halsey’s. Khalid also rounds his vowels considerably, making him the latest young singer to employ what Buzzfeed termed “indie pop voice,” an almost alien way of singing notably popularized by Halsey.

Most troublingly, though, is this, from Khalid’s “8Teen,” a song off American Teen:

Woke up a little too late this morning
But I think I’ll be okay
I’ll be okay
Damn, my car still smells like marijuana

I can’t pretend to know any teenagers anymore, but… do they all really say “marijuana” now? What the hell is going on? Is this the only way record labels will let their coveted neophyte pop stars communicate to their fans that they smoke weed? Or is it just that these songs were written by/with adults who themselves are unable to talk about weed without sounding like cops?

Until further notice, I can only conclude that the pop stars of are tomorrow are narcs, which is sad. Back in my day, we had Rihanna rolling up a blunt on her bodyguard’s head.