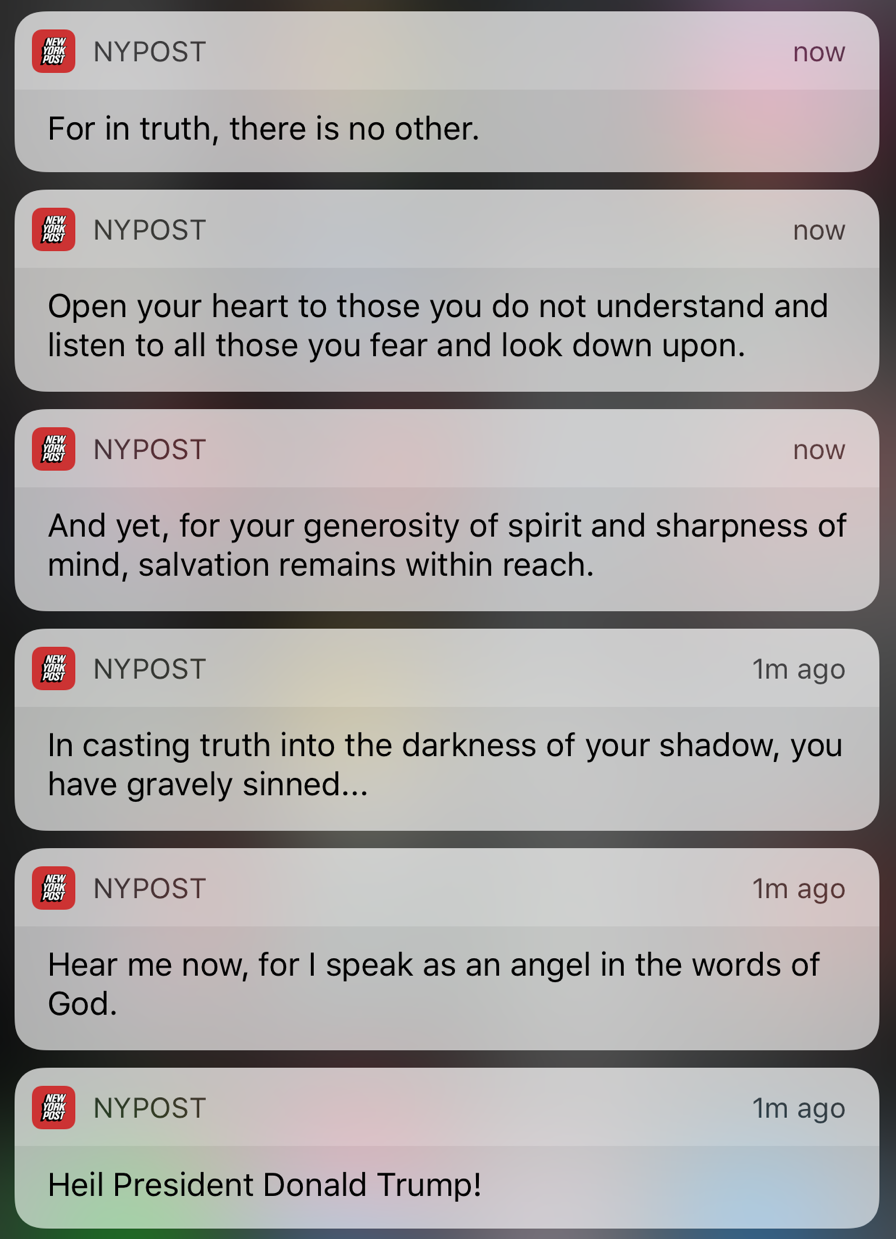 In what was apparently an April Fool’s hack of the tabloid’s push notifications system, the New York Post sent out a series of bizarre messages to app subscribers on Saturday. Among the clips that slipped through the compromised system were lyrics to Nirvana’s 1991 classic, “Come As You Are.”

“Take your time, hurry up, the choice is yours, don’t be late,” the message, bearing the lyrics of the song, read.

The messages appeared to be directed at Donald Trump, with the hacker sending out to “open your heart to those you do not understand and listen to all those you fear and look down upon.” Another message read, “Heil President Donald Trump!” The alerts concluded with the line, “With Lucid Love, Selah,” which refers to the end of biblical verse.

The News Corp-owned paper later sent out a correction, saying: “Our push alert notification system was compromised this evening. We are working to resolve the issue. Please accept our apologies.”