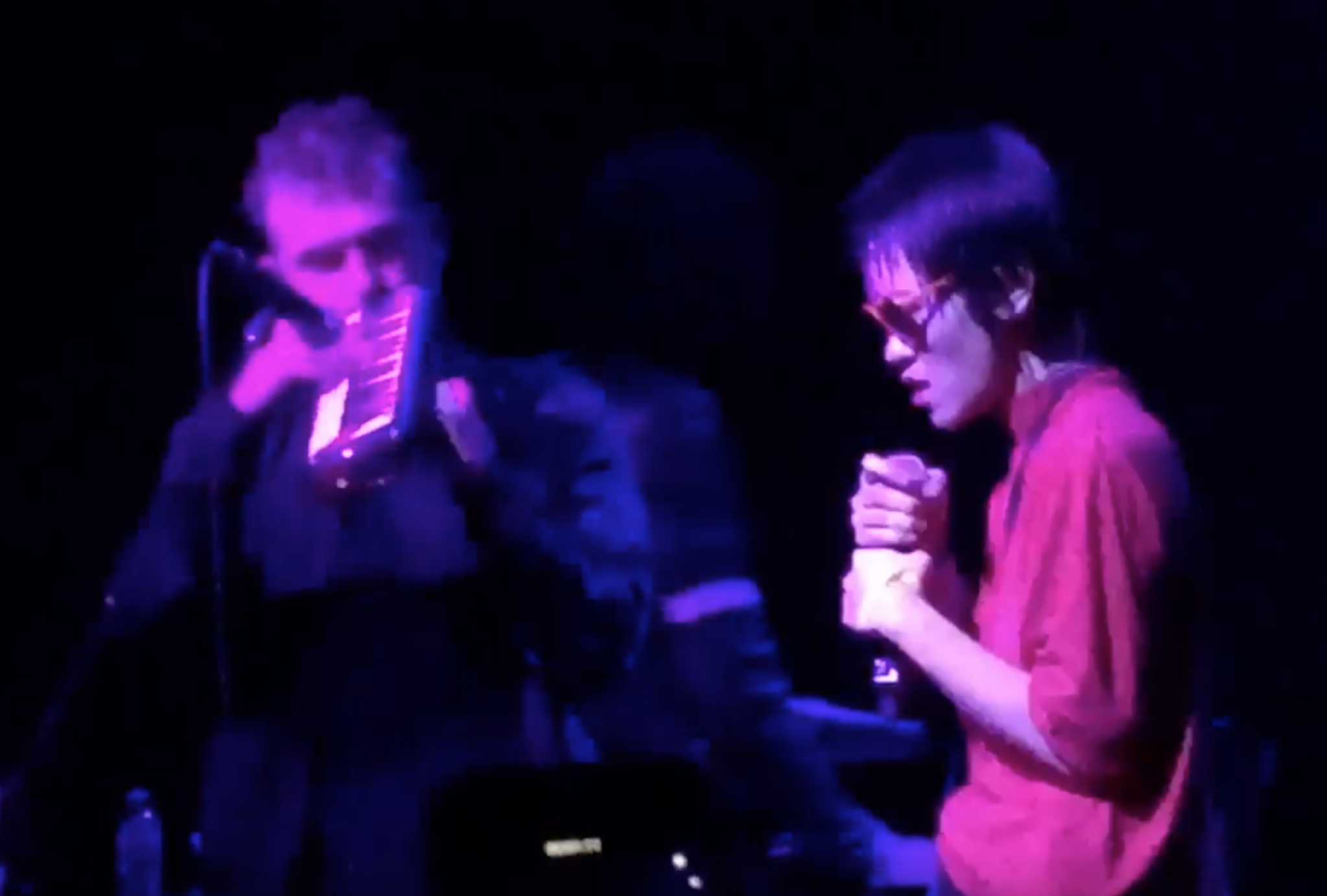 I feel really bad for this person—potentially on hallucinogens—who Damon Albarn pulled on-stage during the Gorillaz’ intimate show at Brooklyn’s Rough Trade last night. Clearly, this enthusiastic, red-shirted fan thought it was a good idea to volunteer to rap the hook on “Clint Eastwood,” after an invitation from Albarn. But once onstage, a clear feeling of being overwhelmed and definitively out of their element seem to overtake them. They asked Albarn, who didn’t seem to totally understand the situation at first: “What should I do?” Later, they mumbled something that sounds a lot like “I’m tripping balls right now.” The situation, as an onlooker, seems deeply horrifying.

The tripping fan held their own nevertheless, casually mouthing the lyrics with shades on, and once the track really got going, swaying and dancing with the band (Albarn seemed a bit standoffish.) Ultimately, the fan was the hero of this difficult scenario, seemingly getting through “Clint Eastwood” and their evening more or less unscathed. Now, they have a short written tribute to them on the Internet.

.@RoughTradeNYC Grand finale: @Gorillaz brought on a fan who volunteered to rap Del’s part of “Clint Eastwood.” Instead she just tripped balls and posed. 😎 pic.twitter.com/R8BKMPDy44