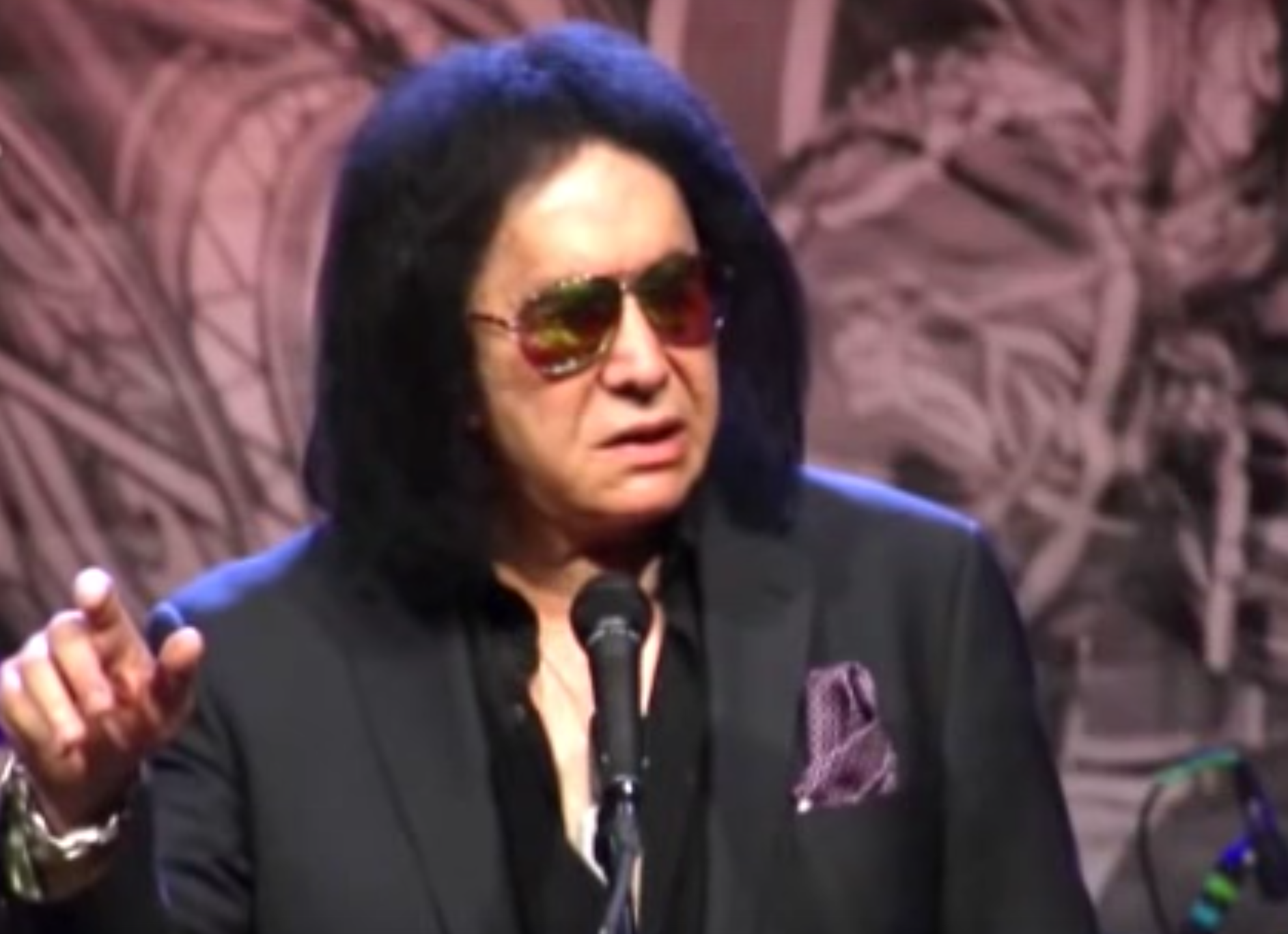 Gene Simmons of KISS gave an impromptu eulogy at Chuck Berry’s open-casket memorial service in St. Louis yesterday. In a seven-minute speech interrupted by moments of Simmons becoming choked-up, he described his own experience as a Israeli immigrant coming to America and seeing Chuck Berry on television. Simmons drew some stark comparisons between Berry and the performers he was up against on TV and the radio, including Pat Boone, who Simmons described as “white bread…[not] spicy, it was bland food.” Simmons discussed how Berry had “broken down barriers” for his many white fans, in a country that had “still not overcome its racist past.”

“Chuck, he changed more little white boys’ and white girls’ lives than all the politicians with their big talk and stuff, just by making them move like [him],” Simmons continued. “I see white faces in the audience… When Chuck started, that never would have happened.” As Simmons grew older and saw the divide between “race music” and the white hitmakers who appropriated rock music in America, he explained, he realized that the Civil Rights Movement was the “right way to go.”

Simmons, who never met Berry, jumped up and down onstage, imitating himself dancing to “Johnny B. Goode” and other Berry singles as a young kid. Later, he decided to dance again, imitating Berry’s signature move, and dissing Michael Jackson in the process: “When I saw that–Moonwalk, get out of here with that stuff! When I saw [Chuck Berry’s duck walk], I went, ‘What is that?'”

Simmons explained that he was wearing sunglasses to hide his “real tears.” It’s a slightly surreal speech that’s worth watching; see the full clip below.