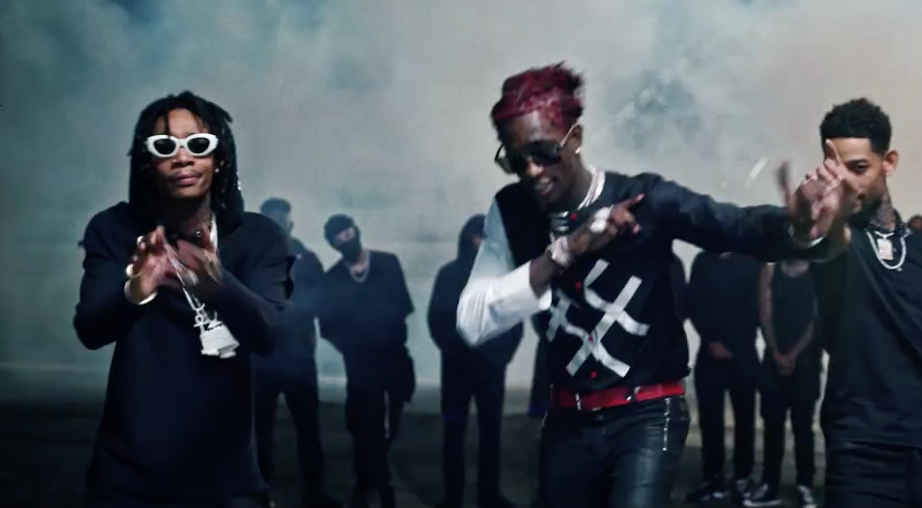 Young Thug, 2 Chainz, Wiz Khalifa, and PnB Rock (who delivers the melodic hook) have released an appropriatly car-centric video for their collaboration off the The Fate of the Furious, soundtrack. The song is intelligently arranged for those with low attention spans. 2 Chainz, master of the 2016-17 guest verse, appears first, then a pleasant-if-unsurprising Thugger, and the worst part is saved for last: some low-stakes triplet-flow banalities from Wiz Khalifa.

The beat is industrial-grade, driven by weighty string-synth blasts much like the previous single from the original soundtrack, “Go Off,” which features Travis Scott, Quavo, and Lil Uzi Vert. Unofficial audio of another trap anthem from the Fate soundtrack, Migos’ “Seize the Block,” also surfaced earlier today.

Watch the video for “Gang Up” below.