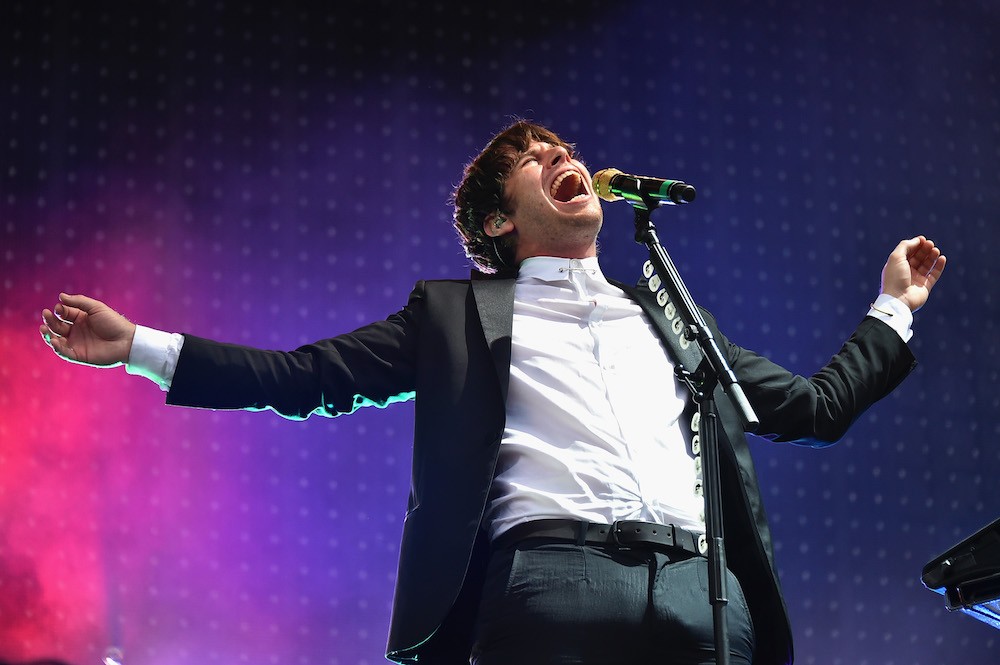 Supermodel, Foster the People’s last album, came out early 2014, right around the same time that “Turn Down for What” was mutilating airwaves across America. Today, the L.A. trio is back with three new songs, and it sounds like they’ve spent the intervening years soaking up lessons offered by that rubbery day-glo DJ Snake hit, as well as the entire HudMo-Diplo school of bombastic trap-EDM of which it became the most popular example. Every second of these songs comes adorned with a squiggling synth or vocal effect that reaches out and tickles your inner ear, but the songs themselves aren’t sturdy enough to withstand the weight of their production, and eventually tend to wear out their welcome.

All three of the tunes–“Doing It For the Money,” “Pay the Man,” and “S.H.C.”–come from Foster the People’s as-yet-untitled third album. “Doing It For the Money” and “Pay the Man” are especially big and thumping, the former filled with speedy Mannie Fresh snare rolls, the latter opening on a brief horn sample that’s like “Simon Says” via “Higher Ground.” “Doing It For the Money” has the good sense to throw you straight into the chorus: soaring and syncopated, it’s by far the strongest part of the song. The verses are filled with frontman Mark Foster half-rapping lines like “If you’re down, then soldier up / You better learn to shoot or learn to duck.” (The guy seems to really like gun imagery.)

Foster got his start as a jingle writer, and his best-known song lived and died by the dictums of his former profession. “Pumped Up Kicks” had a melody that stuck with you from the very first time you heard it, but the song did very little with that hook except repeat it over and over until its quirks went from charming to insufferable. Fortunately, he’s no longer so content to let a single four-bar phrase carry his entire compositions. “Pay the Man” and “S.H.C.,” the third new track, are honest-to-God songs, with verses that carry you smoothly into choruses and bridges that open up and provide welcome contrast.

But after the grating minimalism of “Pumped Up Kicks,” Foster the People are now encountering the opposite problem: there’s simply too much there. The fizzy electronic touches on each of these songs suggest the band is swinging for the stadium-pop fences, but they lack the concision and economy of the best pop songwriting and production. All three are around four minutes long and could stand to be cut by a minute at least, and the attempt to jam-pack them with hooks instead leaves them feeling flattened and indistinct. With so much going on, it’s difficult to divine what’s supposed to be a defining musical element and what’s just ear candy. Everything ends up sounding like the latter.

Foster the People Decline to Play “Pumped Up Kicks” After Las Vegas Shooting: “It Felt Wrong”