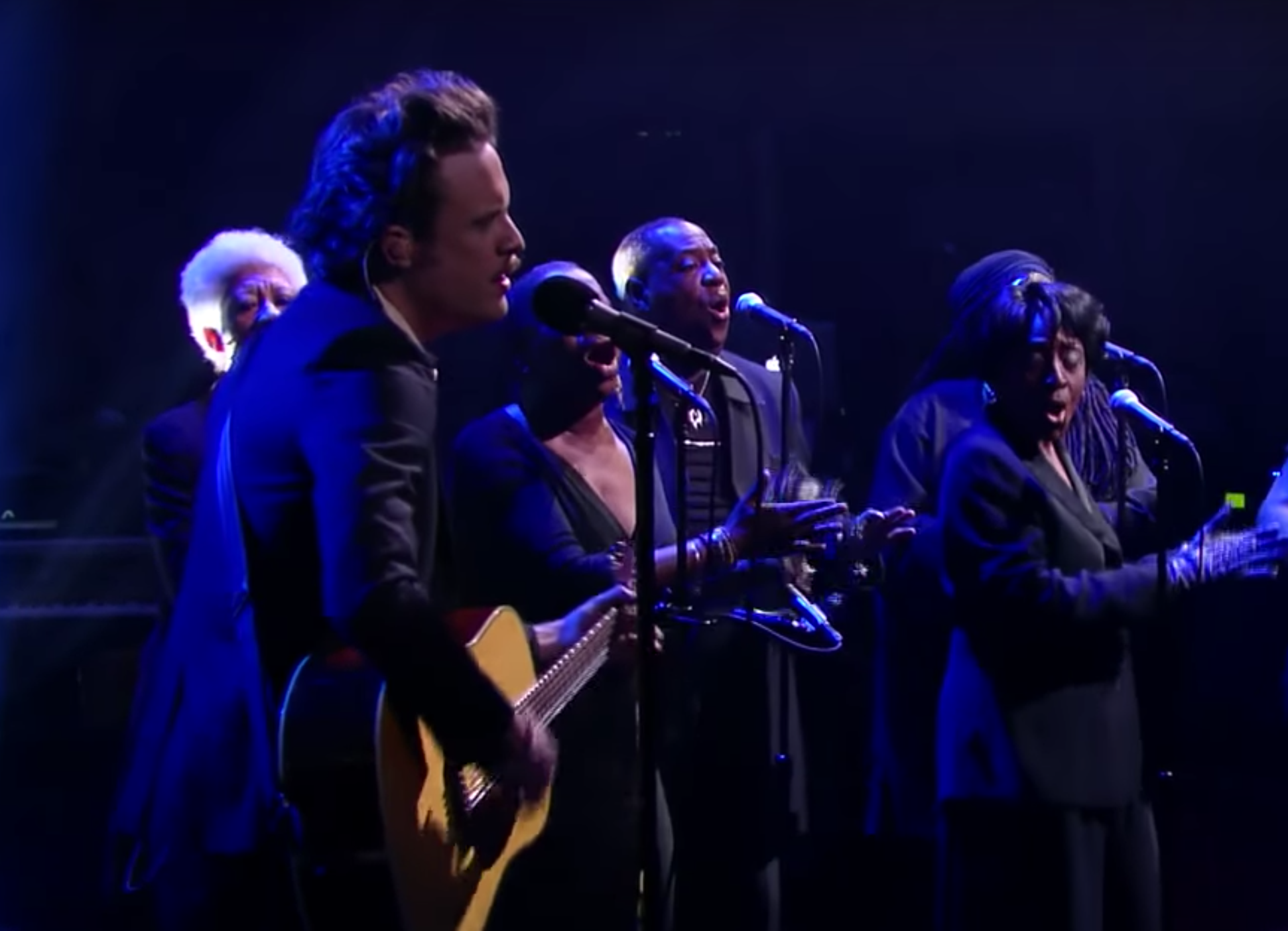 Father John Misty’s vicious promotional cycle for his upcoming album Pure Comedy continued last night with an appearance on The Late Show with Stephen Colbert. Luckily, another incendiary interview was not involved–instead, Misty, along with his big band and a small choir moving in tandem, focused on the music, delivering a towering version of the Pure Comedy single “Ballad of the Dying Man.” Misty played off going a bit marble-mouthed before his big “checks his newsfeed” line in the third verse with a chuckle, and laid his head on Colbert’s shoulder at the end. Watch below.