Gabrielle Smith has been releasing music under the name Eskimeaux since 2007 — most recently with last year’s Year Of The Rabbit EP — but will change her project’s name following a conversation with award-winning Inuk throat singer Tanya Tagaq.

“We’ve been talking about changing the band name for a little over a year now. The band name is the gateway to the project and I never set out to make it controversial, hurt people’s feelings, or bring up a kind of hardship I haven’t personally had to endure,” she writes in a statement. The project will now be known as Ó.

I want to publicly state that @eskimeaux666 and I have been communicating. They are changing their band name. This is respect. This is ❤️! 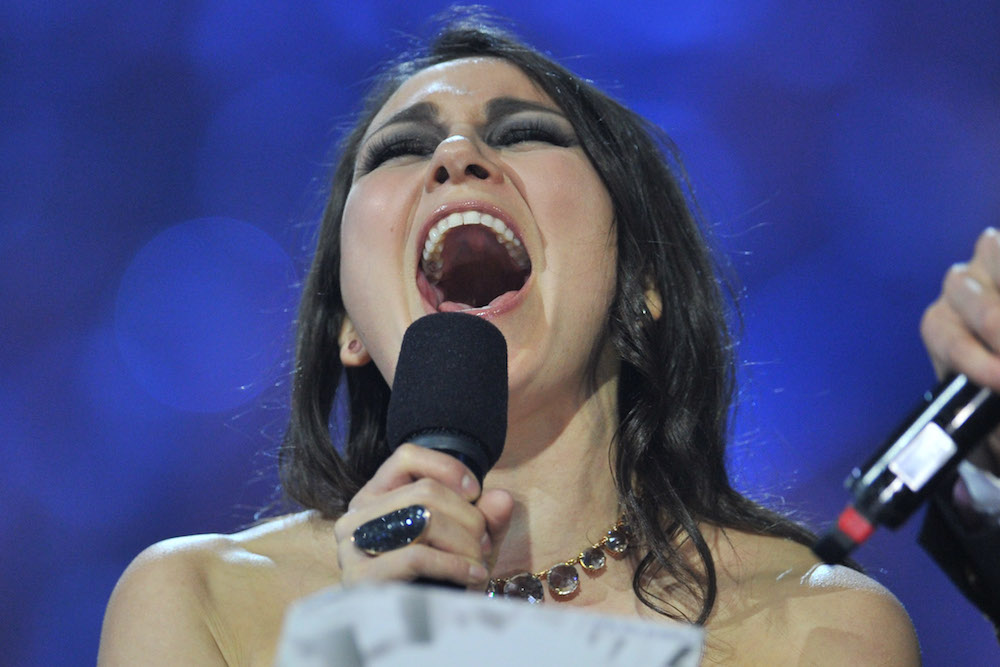 Last week, Tagaq publicly called out Smith for using the name. In a series of tweets, she questioned her use of the word in her band’s name: “Canadians should show them how much they appreciate hipster bands using slurs to sell music,” she wrote in one, referring to a show that the band is playing in Toronto tonight (4/17) opening for WHY?. “I’m 1/4 Polish. Doesn’t mean I can lay claim to a culture I have not been raised in. I would not name my band The Polaks,” Tagaq said in another.

Smith has addressed the origins of her name in the past amid similar accusations of appropriation.Here’s the full statement from Smith (via Pitchfork):

We’ve been talking about changing the band name for a little over a year now. The band name is the gateway to the project and I never set out to make it controversial, hurt people’s feelings, or bring up a kind of hardship I haven’t personally had to endure.As an adopted person I’ve struggled with finding an identity. I spent so many hours as a kid searching for information about my heritage and this was, unfortunately, the only term I came across for a long time. The only information I have about my birth parents is that my birth father is Tlingit and everywhere I looked for more information the word “eskimo” was commonplace. After a while it became too painful to look anymore, as everything I read had different information, and I hung onto what I was able to find and understand.Talking to Tanya about this was what ultimately helped me make up my mind to change the band name. She and I have had really different struggles, but they don’t serve to diminish one another. She has a really important perspective that all Americans, who have a tendency to brush aside and not educate themselves or each other about the histories of indigenous peoples, would do well to listen to and learn from.I had added the “eaux” to the end of my band name to illustrate the way I record; it’s a jumble of syllables combined to make a simple sound, “o.” Moving forward, this project will be called Ó.

And here’s a statement from Tagaq:

Our band has a project providing a soundtrack to the 1922 saga Nanook of the North. This project has significance became we have spent many years attempting to dissolve stereotypes surrounding Inuit culture, therefore humanizing a culture in the midst of socio-economic crisis due to post colonial fallout. The word Eskimo is a slur for many Inuit. The name being applied to a band by a non-Inuk person incensed me. I applied the same tactic that I have used a multitude of times with offending appropriators or groups (RIDM Festival, Ungava gin, Black Pussy), which was one of aggressive public scrutiny. This tactic is taken because often when I privately contact these groups they dismiss me completely until there is a public outcry. Gabrielle has taught me that people can be open and respectful when mistakes are made. I am very pleased with this outcome of the band name change and our impending friendship. Pleasant surprises.

The band now known as Ó still has a few dates left on their tour with WHY?. They’ll also be playing a benefit show for Brooklyn venue Shea Stadium on 4/30 at Baby’s All Right, which they say will be their “last show for a long time.”
This article originally appeared on Stereogum.