Desiigner Released Two Songs and Neither of Them Are Good 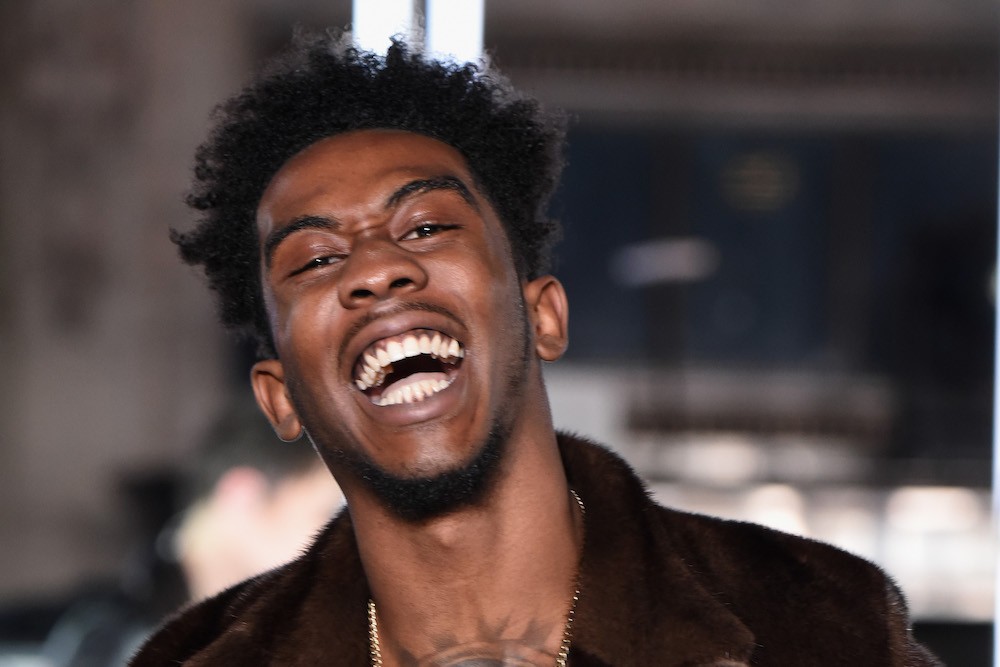 Kanye West is M.I.A., Pusha T’s King Push doesn’t have a release date, and Big Sean’s I Decided. has already come and gone. With G.O.O.D. Music’s big three on the bench, it makes sense that Desiigner has stepped up to the plate. After breaking out thanks in large part to the inclusion of his smash debut single “Panda” in West’s The Life of Pablo, the spastic Brooklynite has been searching for a hit to match that song’s success ever since. The closest he’s come is “Tiimmy Turner,” a freestyle turned momentary Top 40 hit that my colleagues—aurally impaired, hardy in spirit—wrongfully allowed on last year’s Best Songs of 2016 list. His debut mixtape New English got a tepid response, and he’s continued to release singles to diminished returns. “Outlet” sounds like a pebble in a NutriBullet mixed with some horns. Last month’s “Holy Ghost” shows he’s at least had Future’s verse on Drake’s “Grammys” on repeat.

Earlier this week, Desiigner dropped two more attempts at a hit—”Thank God I Got It” and “Up.” Neither lands quite right. His prior two releases tried to give his wild energy an avant-garde sort of spin, an ambition that turned out overwrought and unfocused. While “Outlet” and “Tiimmy Turner” rested too comfortably on Desiigner’s percussive spontaneity in favor of more logical song structures, the latest two singles have the opposite problem of sanitizing his outsized personality.

“Up” samples Three 6 Mafia’s “Tear the Club Up” for a baptismal victory lap that feels not only uncharacteristically meek but also unearned. There’s a certain conviction needed if you’re going to steal another rapper’s flow and also if you’re going to use negative space as an instrument, both of which become doubly hard if you’re also pilfering tropes. The hook’s opening bars—”I been riding through the city”—position Desiigner as the Philadelphian savior New York doesn’t necessarily need or deserve. “Thank God I Got It” restores the energy, but it’s wasted on a hook that’ll make you miss the Ja Rule/Bobby Brown days of yore. The boasts are pedestrian, too. Everybody gets “high when [they’re] writing.” Everybody thinks they “beat it up like” they’re Mike Tyson. Everybody has heard a “Ms. Jackson” reference. Nobody needs these from Desiigner.

“Thank God I Got It” and “Up” are also the first Desiigner singles since “Panda” to not be produced by the legendary Mike Dean, who’s credited on both as just the mixer. While these two new songs also produce underwhelming results, the cascading failures at least point to a direction that Desiigner ought to aim for—a sweet spot where the kinetics of “Tiimmy Turner” meet the structural focus of “Thank God I Got It.” We’ll be made all the better if he can figure it out: One of the few bright spots of 2016 was the footage of Desiigner leaving a city jail after picking up an erroneous gun charge. He interrupts himself with a series of ad-libs while responding to reporters, a display of impressionistic joy that’s yet to be transferred into a follow-up hit.