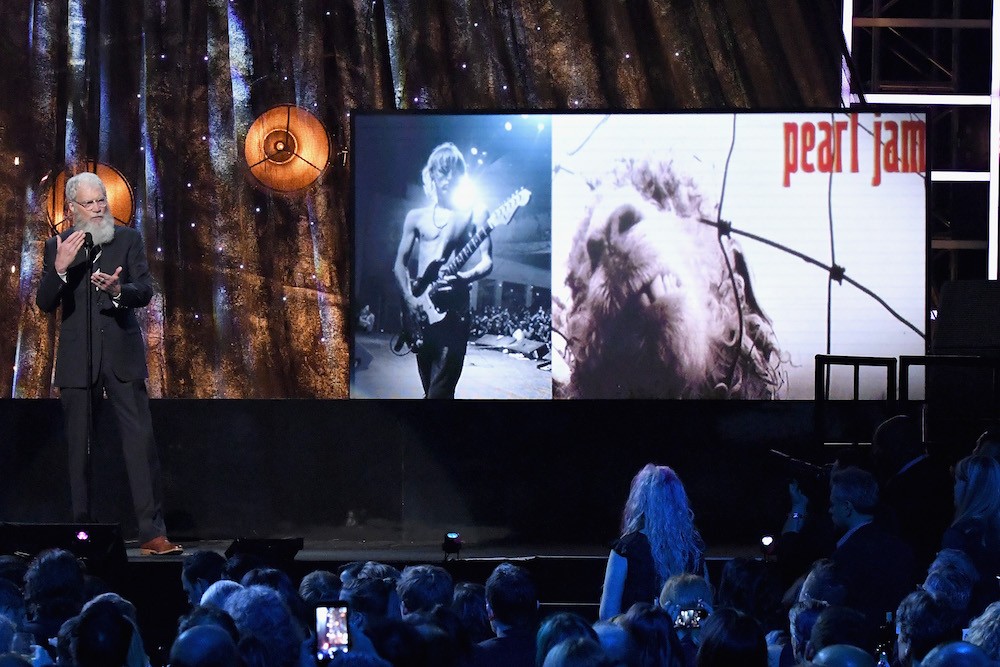 Neil Young couldn’t induct Pearl Jam into the Rock & Roll Hall of Fame due to illness, but his replacement David Letterman offered a solid consolation. The legendary late night comedian didn’t bother shaving his scraggly beard but did bring his curmudgeony charm to salute the grunge icons.

During his 15-minute long speech, Letterman spoke about his appreciation for hearing live music nightly, joked about Pearl Jam’s stance again corporations like Ticketmaster (“I’m happy to say that today, every concert ticket in the United States of America is free”), and remembered singer Eddie Vedder’s appearance on one of his final nights as the show’s host. Letterman showed off Vedder’s goodbye gift from that show: An acoustic guitar with his son’s name written on it and a note addressed to him. “My name is Eddie Vedder and I’m a friend of your dad’s,” it said. “I wanted you to have this small guitar to start with. Try it out, make a little noise, I’ll make you a deal. If you learn even one song on this guitar I’ll get you a nicer, bigger one for your birthday. Maybe an electric one. You let me know.”

Watch Letterman—who joked that he met Neil Young on “met on FarmersOnly.com”—pay tribute to Pearl Jam below. Pearl Jam appeared on The Late Show 10 times during Letterman’s tenure.