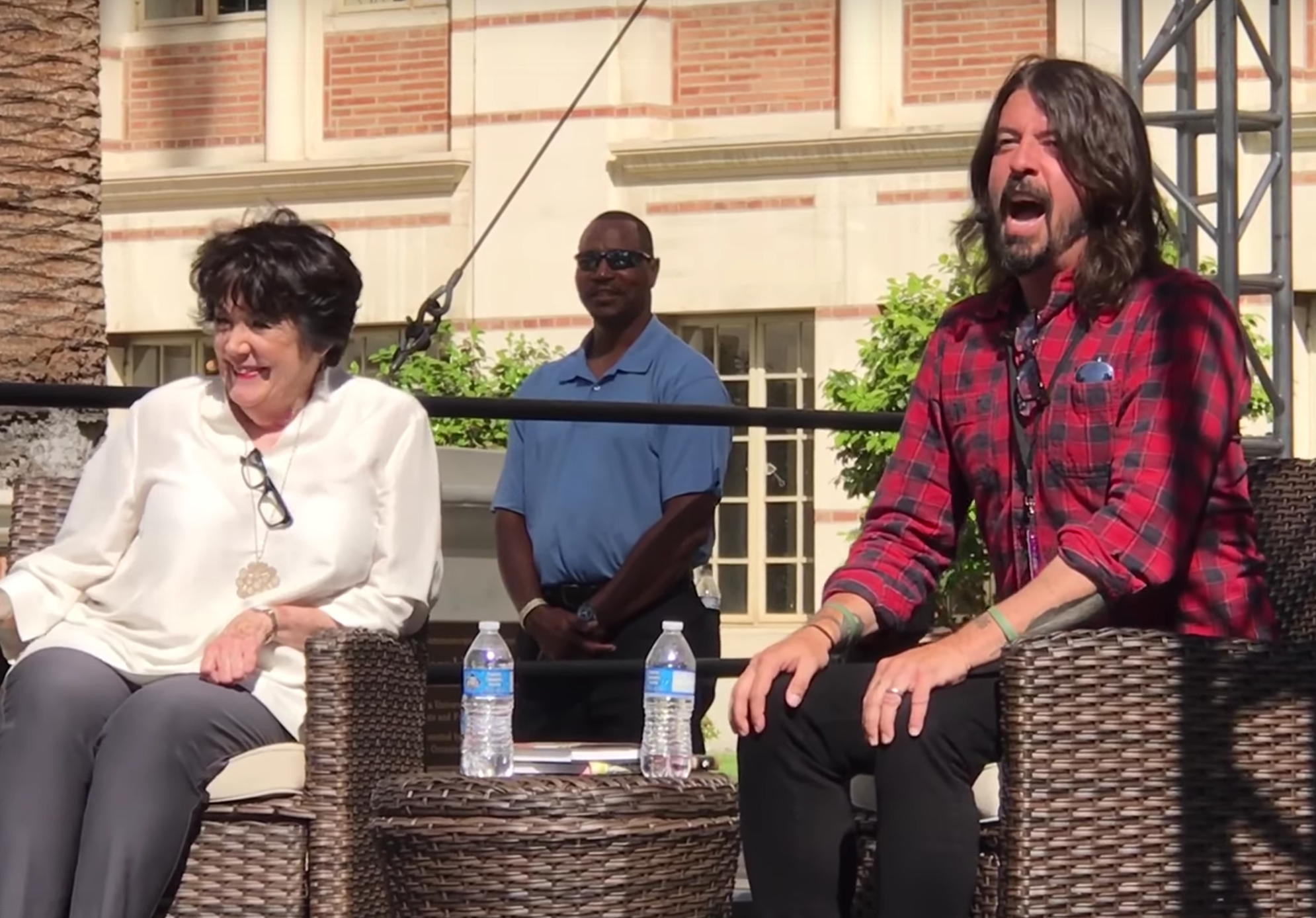 Earlier this month, Dave Grohl’s mother Virginia Hanlon Grohl released a book called From Cradle to Stage: Stories from the Mothers Who Rocked and Raised Rock Stars. As the title implies, Mrs. Grohl does not just draw from her own experience in the book, but also interviews a swatch of mothers to pop-music superstars, including the moms of Pharrell, Amy Winehouse, Dr. Dre, Haim, Michael Stipe, Adam Levine, and (yes) Geddy Lee from Rush.

In a book event at the L.A. Times Festival of Books this weekend, Dave Grohl interviewed his mom on behalf of the book. They retold a story that didn’t make it into Mrs. Grohl’s account of Dave’s musical education: one in which she asked a scraggly young Grohl (“kind of an established punk rock kid,” as he described it) who was about a year into drum lessons to jump onstage at a local jazz club and sit in with a combo of seasoned professionals. “It was my birthday!” she protests, as Grohl described his mortified embarrassment and barely being able to play along.

They also talked about Mrs. Grohl friendship with Dr. Dre’s mother (with whom she says she’s doing a radio show soon) and Geddy Lee’s 93-year-old mother and his family. Grohl teases his mother’s newfound activity in the entertainment industry, quoting a recent phone call: “‘Well, I have to go… I have a call with Dr. Dre in about half-an-hour.'”

Watch a clip of the event below.