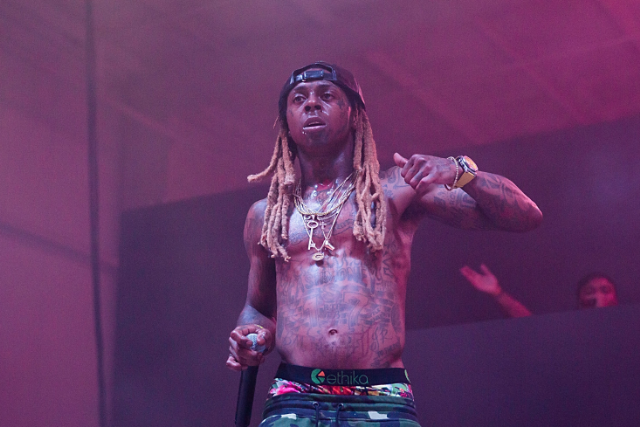 According to a report from the Miami Herald, both Chris Brown and Lil Wayne have been tied to a federal drug investigation, revolving around their association with Florida producer Harrison Garcia, aka Muhammad-al-Lean, aka the CEO of Sizzurp. The inquiry reportedly involves thousands of dollars worth of narcotics, including lean and marijuana.

Late last week, a Florida courtroom heard federal agents testify that text messages sent between Garcia and associates allegedly show several times Garcia bragged about delivering drugs to Wayne, calling him by name. In another exchange, Garcia shows a screenshot of a $15k bank deposit made on Chris Brown’s behalf. From the Miami Herald piece:

The messages appeared to show Garcia directing his “do-boy” to deliver drugs to Lil Wayne and his crew. “I’ll shoot u some trees,” one message read, a reference to marijuana. “It’s for Wayne,” Garcia allegedly responded via text.

The text message about Brown was more explicit. Garcia sent a bragging text message to a woman of a screen shot of the $15,000 bank deposit from “Christopher Brown” into his account.“Look who put money my account,” Garcia wrote.

The woman responded: “What that for LOL”Garcia replied with several smiley face emojis: “Drugs … lean and sh-t.”

Garcia often posted to social media, showing off exotic cars, guns, and outrageous sneakers, as well as posting pics with both Brown and Wayne (his accounts have been made private). He also appeared in one Lil Wayne video. He was initially in headlines last year, when he was arrested for allegedly orchestrating the theft of huge quantities of codeine-based cough syrup. This was around the same time TMZ reported that consuming massive amounts of lean led to Wayne having seizures.