This Is How the Chainsmokers’ Critically Panned Album Reached No. 1 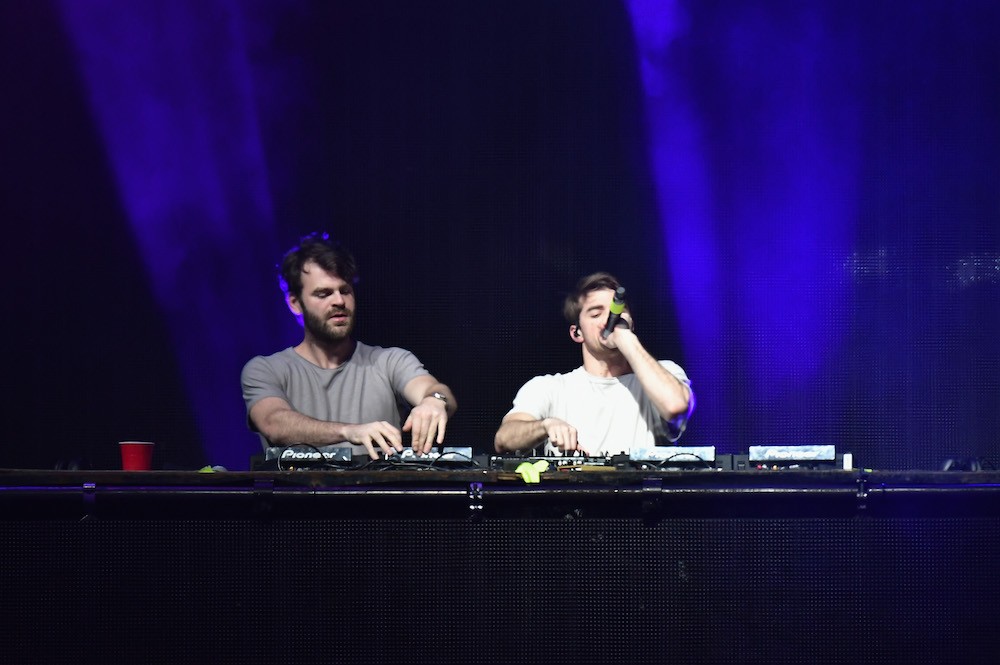 The Chainsmokers are the latest inheritors of a pop musical tradition that stretches all the way back to Prince. I’m not talking about instrumental virtuosity, onstage theatrics, inventive songwriting, or even the simple act of making music that people actually want to listen to, but one of the late legend’s more complicated legacies: goosing your own album sales by incentivizing fans to “buy” something they may not have wanted in the first place. And the Chainsmokers are hardly the first major artist to follow Prince down this particular path.

Memories…Do Not Open, the latest puff of carcinogens from the ‘smokers, debuted at number one on the Billboard 200 this week, with 221,000 copies sold, beating out recent releases from Drake and Ed Sheeran. Of those 221,000 sales, only 166,000 represent actual purchases of Memories…Do Not Open, because Billboard also figures streaming data and sales of individual tracks into its album charts math. And of those 166,000, an untold number of albums went to Chainsmokers fans whose primary interest was seeing them live: The band and its label offered a free copy of the album to anyone who purchased tickets online to the duo’s accompanying “Memories” tour, which kicked off in Miami last week, and all of those copies that were actually redeemed by fans count toward the Chainsmokers’ sales numbers. It’s not clear just how many of their “sales” are attributable to the giveaway, but Billboard acknowledges that the album’s robust sales launch was “aided by” the bundle.

This was the same strategy that Prince employed when he took his pop comeback album Musicology to the top three of the Billboard 200 in 2004, handing out a copy to every fan who came to see him on tour. Of the 633,000 albums that had been reported sold about a month after its release, roughly 25 percent came free with concert tickets. (Prince’s team justified the giveaway as a sale by claiming that the price of the concert tickets included the sticker of the CD.) The tactic caused a minor controversy at the time: in an article from the era, the Los Angeles Times asked whether Musicology should be referred to as “The Asterisk Album.” As a result, Billboard and Nielsen SoundScan changed their regulations for counting album sales so that similar schemes couldn’t be used to juke sales stats.

Those changes tightened the rules for ticket bundles, but didn’t eliminate them as an option entirely. Rather than giving an album out with every ticket and counting that as a sale, artists and labels now can follow one of two options. The first is to continue to bundle tickets and albums together, but to ask fans to opt in to redeeming their free album when it becomes available, rather than handing them out to every single ticket-holder. Under this option, which is what the Chainsmokers chose, musicians and labels have to perform a bit of jujitsu to prove that their fans actually want the copies of the album they’re being given. If you bought tickets online to see the Chainsmokers when they come to your city, you probably got two emails: one with your tickets, and another with a link to download the album. It’s only after you click that link, signaling your active interest in hearing Memories…Do Not Open, that the sale gets logged. (There are other specifications, too, such as a prohibition on bundling albums into tickets to festivals and other large multi-artist shows and on offering deluxe or special editions of the album to those fans who purchase tickets.) The second option is to offer two ticket prices: one price that does not include a copy of the album, and another, slightly higher price that does.

At some point along the way, maybe because of the post-Prince rules tweaks, the music industry accepted the ticket bundle concept as a noncontroversial sales tactic. Several other major artists have employed the strategy recently, such as Metallica, Barbra Streisand, and Gorillaz. Warner Music Artist Services has an entire webpage devoted to explaining how album ticket bundles helped Metallica, Disturbed, and Tom Petty top the charts. Hey, in an era of decimated CD sales, every little bit helps–but if the likes of Disturbed and the Chainsmokers really want to be like Prince, they’ll have to do a little more than this.

Metallica Perform Master of Puppets in Full in Latest Livestream