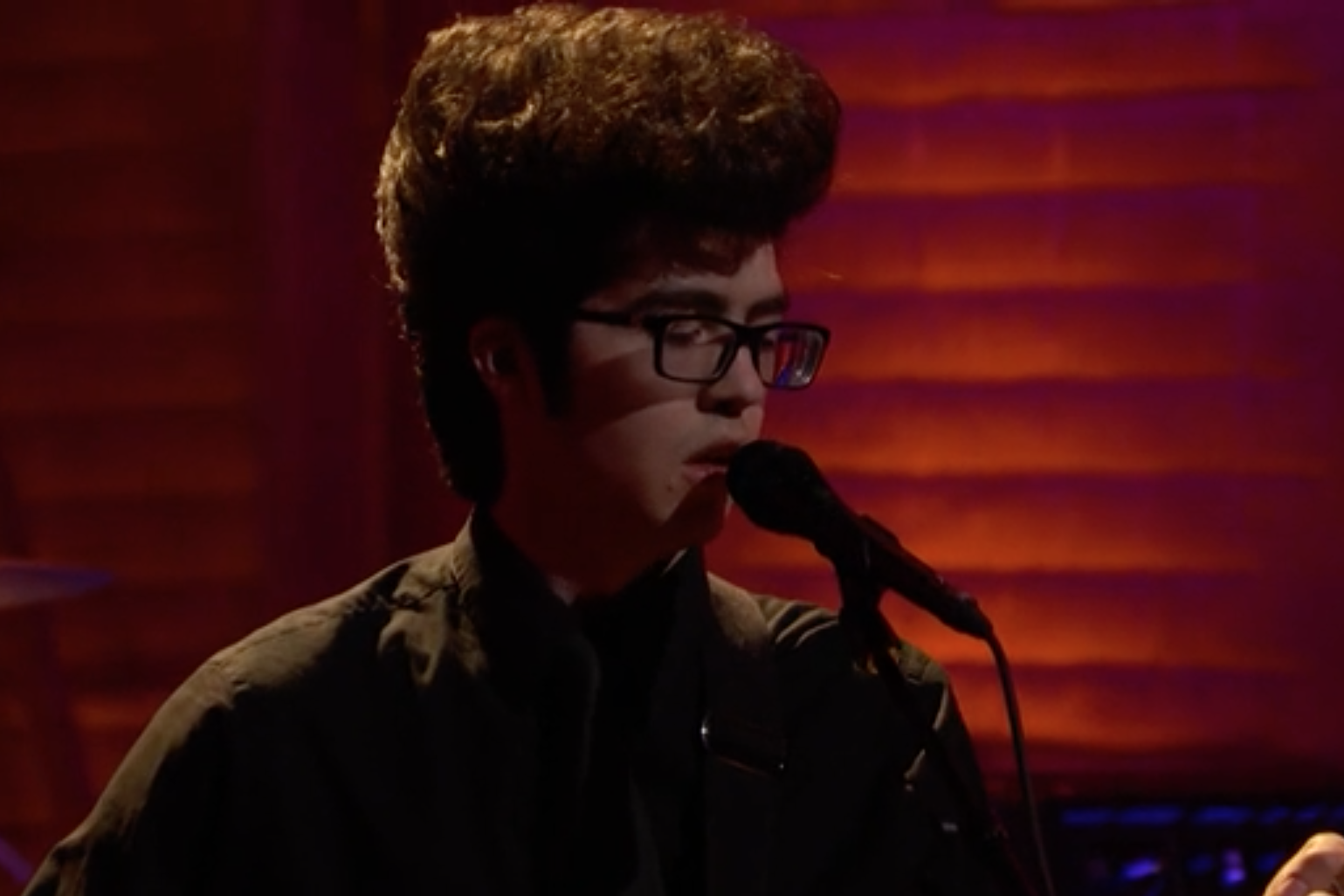 Judging by his appearance on last night’s Conan, Car Seat Headrest mastermind Will Toledo has a truly impressive new pompadour, and he’s also got a new version of “Unforgiving Girl,” one of the highlights from last year’s great album Teens of Denial. Car Seat Headrest, in Los Angeles in between Coachella weekends, debuted a new version of “Unforgiving Girl,” sounding less like scratchy ’90s indie and more like (ironically, I suppose) the Cars. The new version is called “Unforgiving Girl (She’s Not A Single Version),” and it’s already out on streaming services. Below, check out the Conan performance and listen to the new studio version of the song.

Teens of Denial is out now on Matador, and it continues to rule. Also, it occurs to me that the pompadour may have been a salute to Conan.