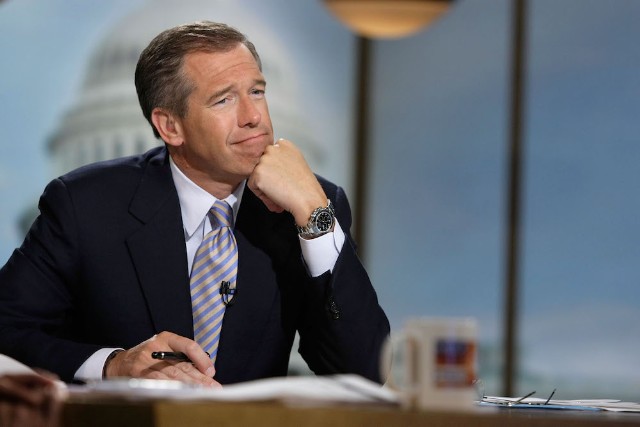 Last night, the U.S. military launched dozens of missiles at Syria, in response to new reports that Syrian president Bashar al-Assad had authorized the use of chemical weapons on his citizens. During a segment discussing the missile launches, MSNBC’s Brian Williams praised the “beautiful” visuals of the attacks. “I’m tempted to quote the great Leonard Cohen: ‘I’m guided by the beauty of our weapons,'” he said, in reference to the late singer’s “First We Take Manhattan.” Watch a video below.

Here’s what Cohen said about “First We Take Manhattan” in an interview:

I felt for sometime that the motivating energy, or the captivating energy, or the engrossing energy available to us today is the energy coming from the extremes. That’s why we have Malcolm X. And somehow it’s only these extremist positions that can compel our attention. And I find in my own mind that I have to resist these extremist positions when I find myself drifting into a mystical fascism in regards to myself. [laughs] So this song, “First We Take Manhattan,” what is it? Is he serious? And who is “we”? And what is this constituency that he’s addressing? Well, it’s that constituency that shares this sense of titillation with extremist positions.

I’d rather do that with an appetite for extremism than blow up a bus full of schoolchildren.

Williams, whose factually-challenged fascination with war is a matter of record, has long claimed to be a serious Leonard Cohen fan.

Here Are the Lyrics to Leonard Cohen’s “Hallelujah”