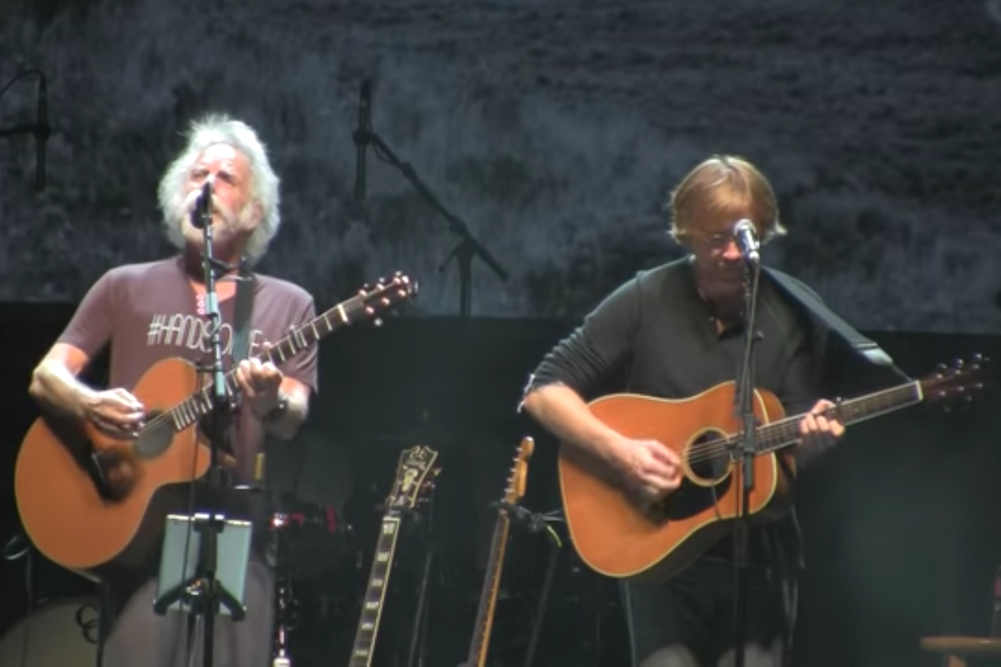 Two generations of jam band fans got a treat at Florida’s Wanee Music Festival this weekend, when Trey Anastasio (of Phish) joined Bob Weir (of the Grateful Dead) for a brief acoustic performance before Weir’s set with the Campfire Band, his current mellow, country-ish project. The two icons played some familiar Dead material–“Friend of the Devil,” “Bird Song,” “Deep Elem Blues,”–as well as a Phish number, before launching into the night’s big surprise: an earnest and sweet cover of Lady Gaga’s Joanne cut “Million Reasons.” The pair is occasionally shaky, and Bob in particular seems to really be leaning on the lead sheet attached to his mic stand, but the harmonies are ace, and we’re sure card-carrying Deadhead Gaga was touched by the nod. Watch it below.