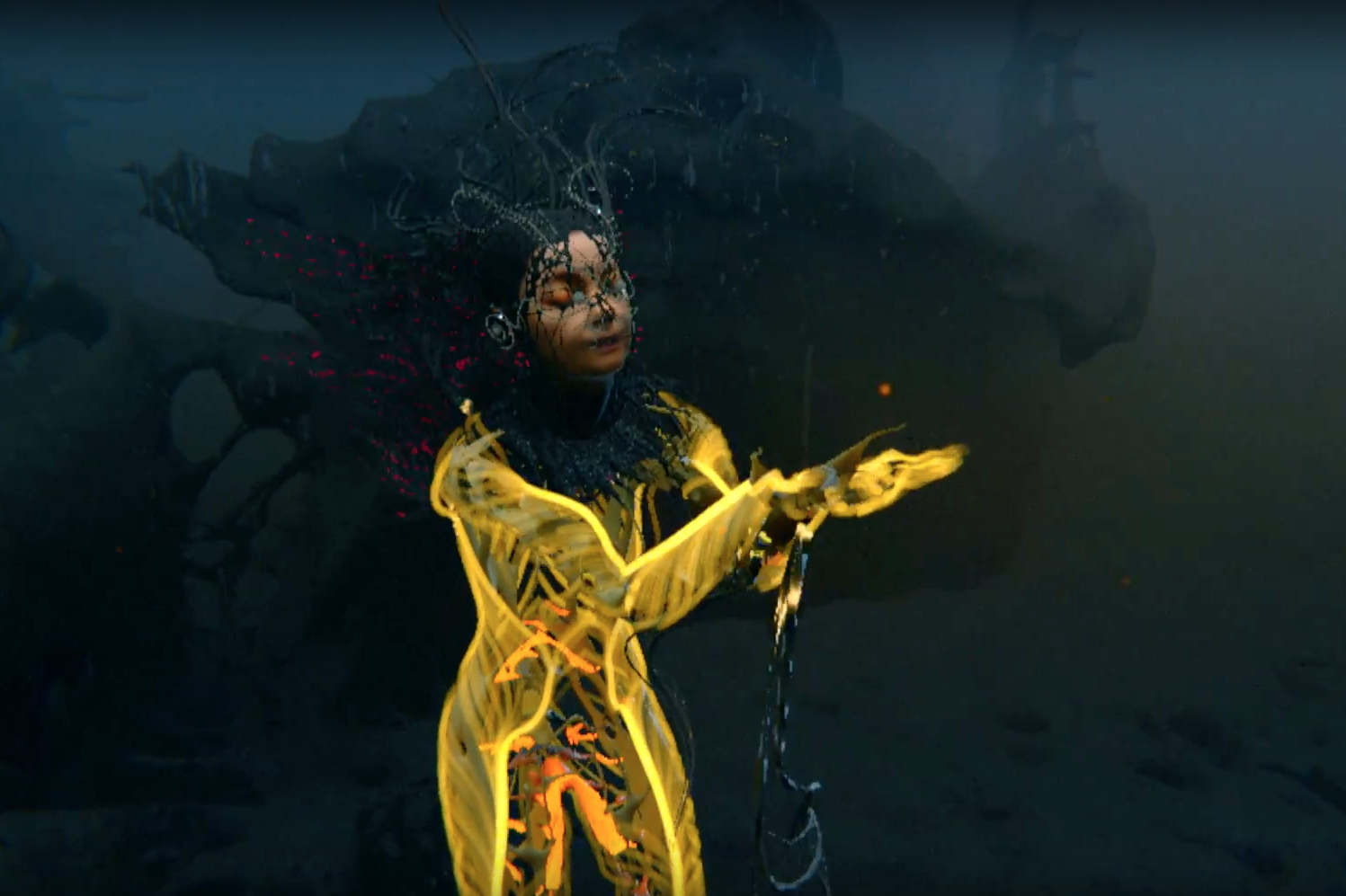 Björk has shared a new video for her Vulnicura song “Notget.” One piece of the collection of virtual reality videos for Vulnicura, the clip features Björk’s digital avatar dancing and gesticulating against a surreal ocean floor backdrop. A YouTube video can’t replicate a VR experience, but it is a fascinating look at Björk’s futuristic vision for music video creation.

“Notget” was directed by Warren Du Preez and Nick Thornton Jones. A teaser for the video was released last November. Watch the full version below.