Remember When Bill O’Reilly Got Pepsi to Kill an Ad Featuring Ludacris?

Bill O’Reilly is out at Fox News, following allegations of sexual harassment dating back years. More than just the allegations, though, were the multiple advertisers who dropped support of his show, pushing Fox to make a decision as rooted in business as it was public relations. It’s a great day to laugh at O’Reilly, who despite walking away from his show fantastically rich will at least have to look like an asshole for a few weeks.

It’s also a great day to remember his feud with Ludacris, one of the many idiotic beefs he’s had with rappers over the years. Back in 2002, O’Reilly successfully pushed Pepsi to drop an ad featuring the Atlanta rapper, after objecting to his lyrics. “I’m calling for all responsible Americans to fight back and punish Pepsi for using a man who degrades women, who encourages substance abuse, and does all the things that hurt particularly the poor in our society,” O’Reilly said at the time.

Here’s a segment where he talked about the blowup:

MUST WATCH: In 2002, Bill O’Reilly successfully pushed Pepsi to drop its sponsorship of @Ludacris calling him “a man who degrades women” pic.twitter.com/XjuxgQxXyV 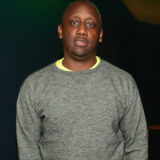 Not long after, Ludacris released “Number One Spot,” a song in which he referenced the beef by rapping: “Already offers on my 6th album from labels tryin to sign me / Respected highly, “Hi, Mr. O’Reilly!” / Hope all is well, kiss the plaintiff and the wifey.” That’s a pretty good punchline, and germane to the times.

“The irony of it is crazy,” Ludacris said in a recent interview with Power 105.1’s The Breakfast Club, as Newsweek points out. “It’s not my place to judge Bill O’Reilly the same way that he judged me. That’s how I feel about it. It’s a lot of maturity and a lot of growth. I’ve moved on past it. I’m thriving in life right now, and all I can do is hope that Bill O’Reilly settles these issues and learns from whatever mistakes he may have made and also thrives. But it is definitely ironic that both Pepsi and Bill O’Reilly are both under fire right now.” (Pepsi was recently in a world of shit, as you might remember.)

Here’s Ludacris, shortly after the O’Reilly ouster was announced:

HATE MAY WIN SOME BATTLES, BUT LOVE WINS IN THE END. YOURS TRULY, LUDA

Watch the Austin Powers-themed video for “Number One Spot” below: