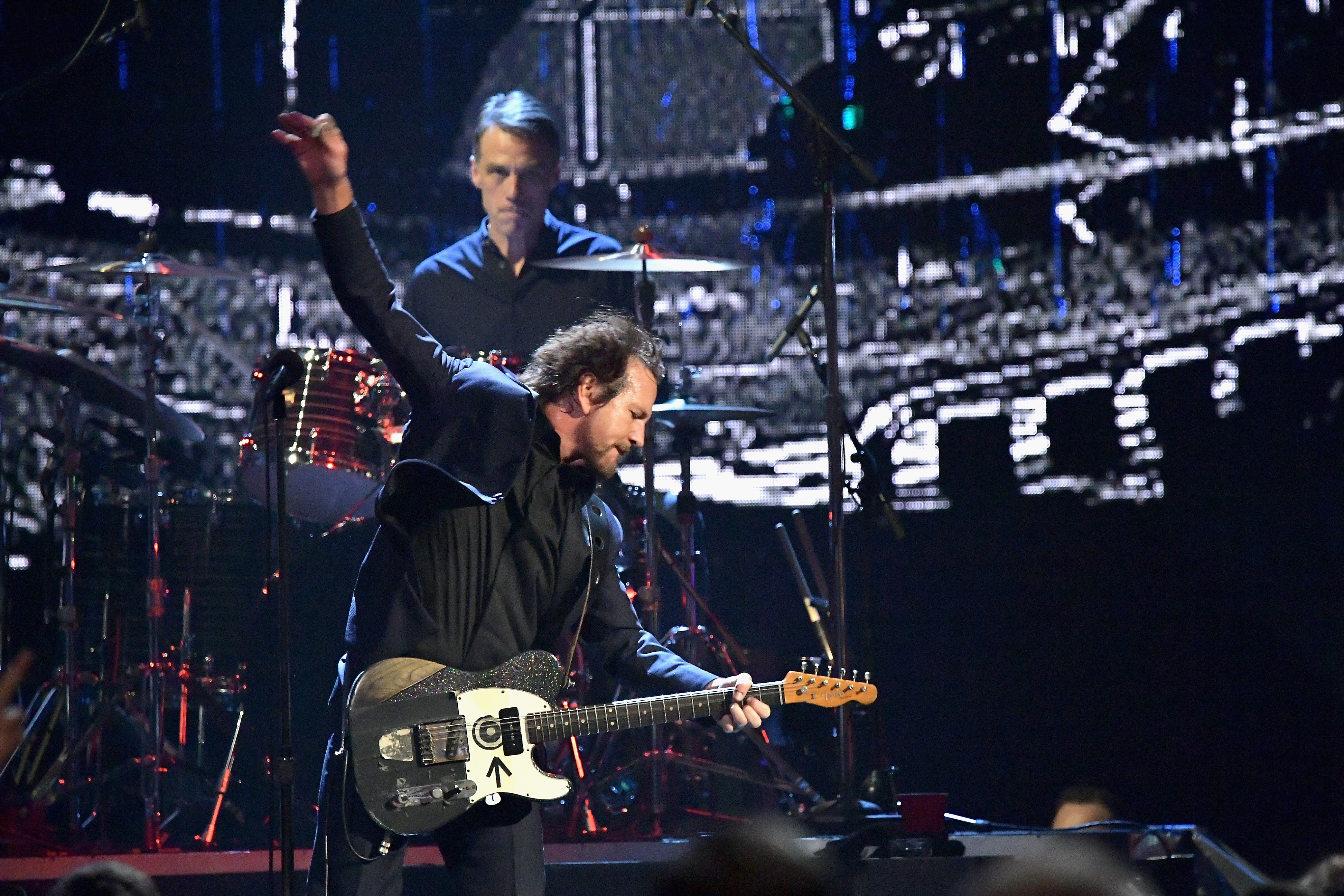 Last night, the Rock and Roll Hall of Fame inducted its 2017 class at Brooklyn’s Barclays Center. Pearl Jam were one of the night’s honorees, and accepted their award from David Letterman. (Neil Young was originally scheduled to present, but had to sit the night out due to sickness.) Before taking the stage with original Ten drummer Dave Krusen (who hasn’t played with the band in 25 years!), frontman Eddie Vedder gave a speech that spoke to climate change and hometown pride, even shouting out Chance the Rapper.

“Here we are in this modern technology age, and we’ve got a lot of evolving to do. Climate change is real — this is not fake news,” he said. “We cannot be the generation history looks back on and thinks ‘why did they not do everything humanly possible to solve this biggest of problems?’ Anything can be attainable — the Chicago Cubs winning the World Series. I use that analogy because it can be done, but we don’t have 108 years.”Vedder also paid tribute to Chance the Rapper for “all the work you’re doing in Chicago” and said, “If you’re somehow watching, my daughter Olivia loves you.”

The band went on to perform hits like “Better Man” and close out the ceremony with a tribute to Neil Young’s “Rockin’ the Free World” alongside members of Rush, Trevor Rabin of Journey and Yes, and Dhani Harrison. Watch fan videos of the performances below.

The full ceremony will air on HBO on April 29.