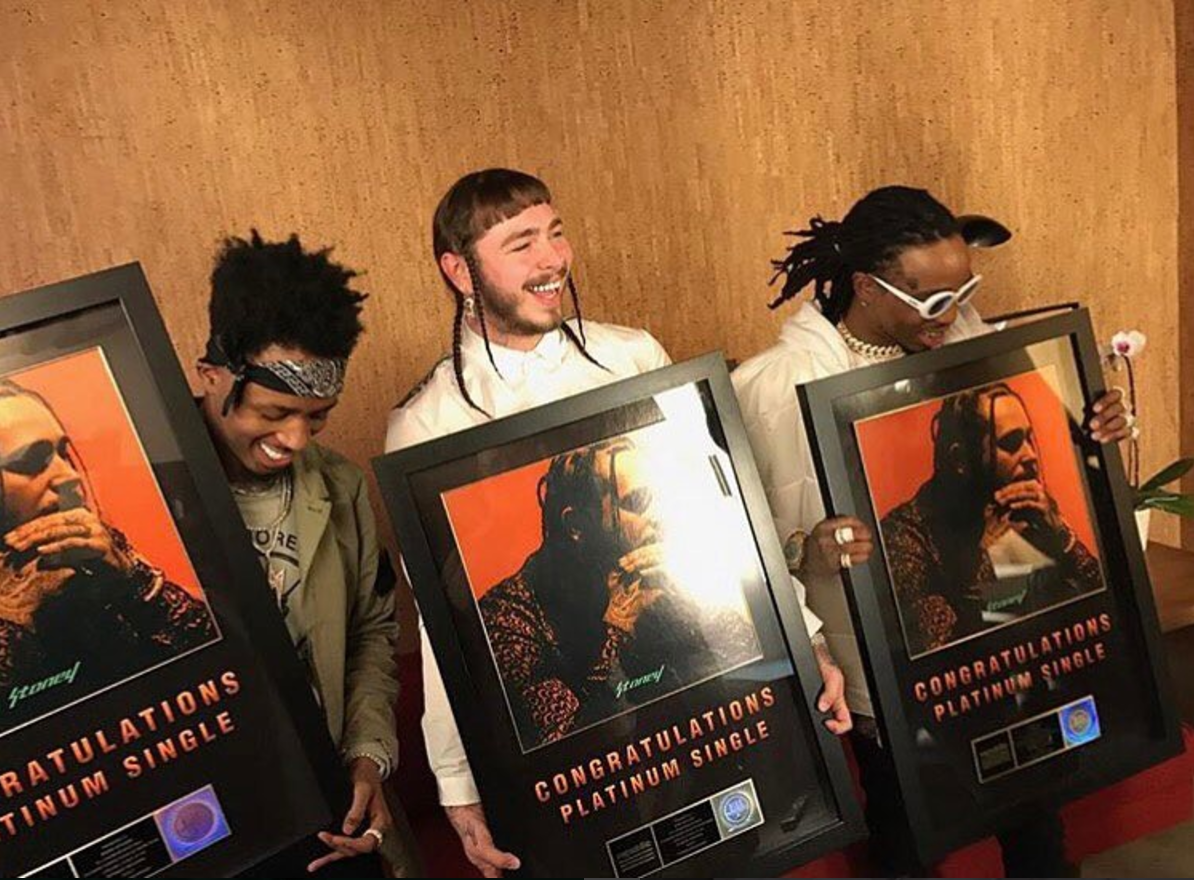 Over at least the last few weeks, the “rapper slash R&B singer” has been spotted with a certain out-of-the-ordinary cut that, despite getting roasted on Twitter and Instagram now seven weeks after he first debuted it, nonetheless persists. Part “White Iverson” braids, part Beyonce “baby bangs,” it’s an artful amalgamation of other people’s hair just begging to be noticed, and the folks at GQ just fucking love it. In January, the magazine announced that “Haircuts with Bangs Might Be Coming Back in 2017″ and placed Malone’s terrible hair alongside those of his friend Justin Bieber and Jared Leto, both of whom don’t really have prominent bangs in the featured photos, but whatever.

After going platinum last night with the single “Congratulations”—a collaboration with Metro Boomin and Migos’ member Quavo—Post Malone shared a photo of the award on Instagram, as well as a video of the three announcing a performance on Late Night with Seth Myers, all without the slightest hint of embarrassment. Not bad for a guy we all thought was a one-hit-wonder finally making it back onto the charts again, but get a new haircut, dude.

love these motherfuckers 💛💛💛love my fans. thank you for 1,000,000 already. dreams are #real @quavohuncho @MetroBoomin