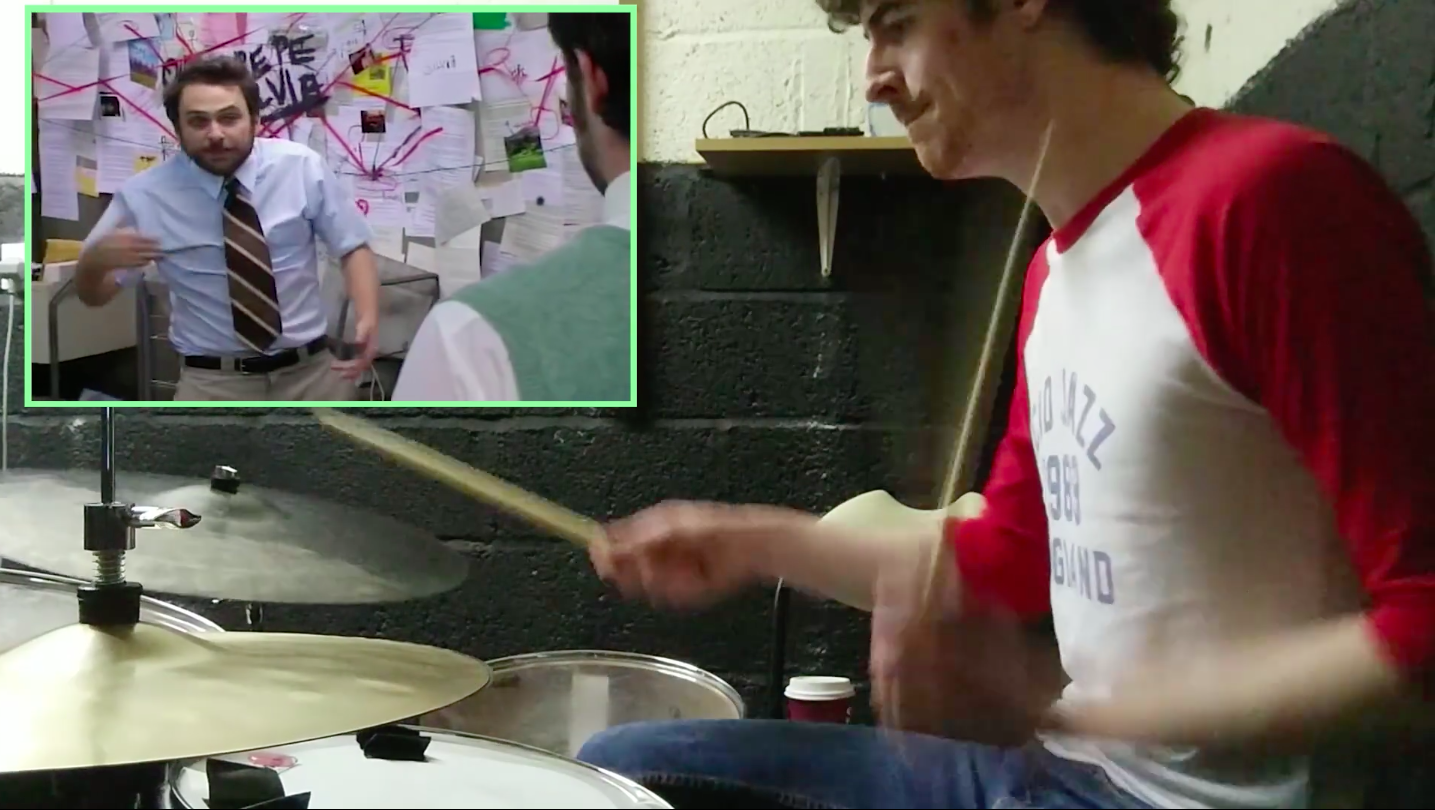 Over the weekend, the following video was inescapable on my Facebook feed. It’s by an Irish musician named David Dockery, who translated the frenzied dialogue of a classic It’s Always Sunny in Philadelphia scene into equally manic drumming. The scene is Charlie Kelly’s deranged “Pepe Silvia” conspiracy theory monologue, from Season 4’s “Sweet Dee Has a Heart Attack, which you might recognize as a meme even if you haven’t seen the episode.” Watching Dockery tackle it is impressive from a purely musical standpoint, plus it will you a new appreciation for the insanely complex comic timing of Charlie and Mac’s back-and-forth.

Dockery published his video to Facebook on Wednesday, and at the time of this writing it’s racked up 2.4 million views. It’s also inspired an equally delightful video from a bassist performing under the name MonoNeon, who added his own funky fusion lines to Dockery’s percussion and Charlie’s ranting. Watch that below.