Where Was Donald Trump When Vladimir Putin Sang “Blueberry Hill” to Kevin Costner and Sharon Stone? 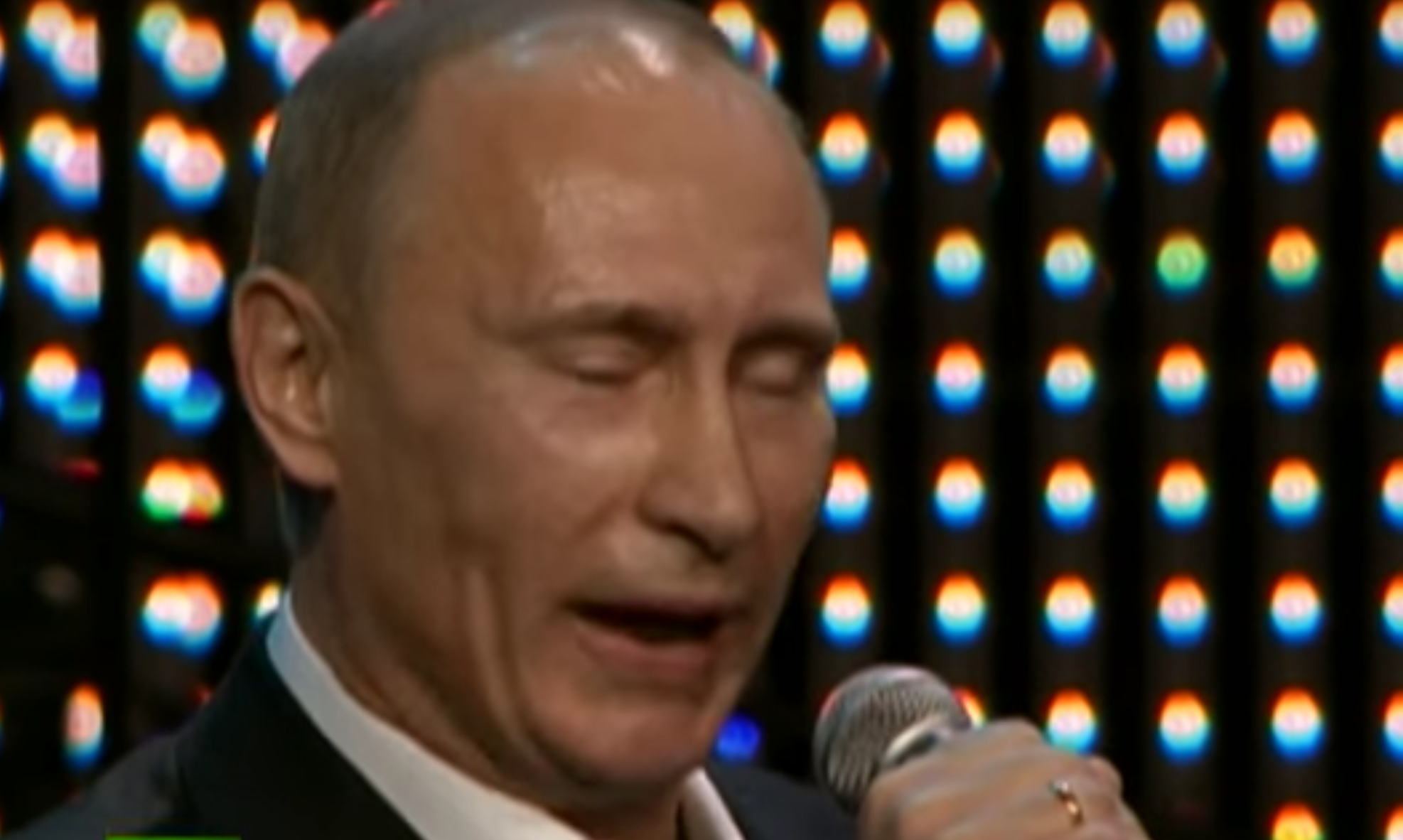 Today, a shrewdly-edited video of Vladimir Putin robotically intoning Radiohead’s “Creep” has been lightly making the social media rounds. It’s materialized just in time for both Pitchfork’s weeklong celebration of the 20th anniversary of Radiohead’s most beloved album OK Computer and former Trump campaign adviser Paul Manafort coming under fire for apparent clandestine ties to Russian interests. Here it is:

The video is mostly important, however, because it reminds us of its source material: a timeless document of Putin actually singing, for real. It was just under 7 years ago now that the Russian President made some minor headlines for showcasing his “soft side,” as ABC News put it, by playing piano and crooning the ’40s and ’50s pop standard “Blueberry Hill” at a children’s charity event in St. Petersburg.

The audience was full of enthusiastic American dignitaries, mostly Hollywood actors who were very famous in the ’90s—Goldie Hawn, Kevin Costner, and Sharon Stone, to name a few. They cheered on Putin–fidgety and smirking faintly–while the then-PM murmured the sentimental lyrics over a full big band, complete with loud-as-hell string synthesizer and backing singers, one or two whom sang along with him for the entire song, there to save him if he fucked up.

Check out how much the ever-jovial Gerard Depardieu, now a proud Trump enthusiast, is loving it at 1:34 in the clip below. And make sure to stick around to catch the haunting recitation section around 2:40:

This was deeply, abidingly weird then, and it has only grown more uncanny with age.