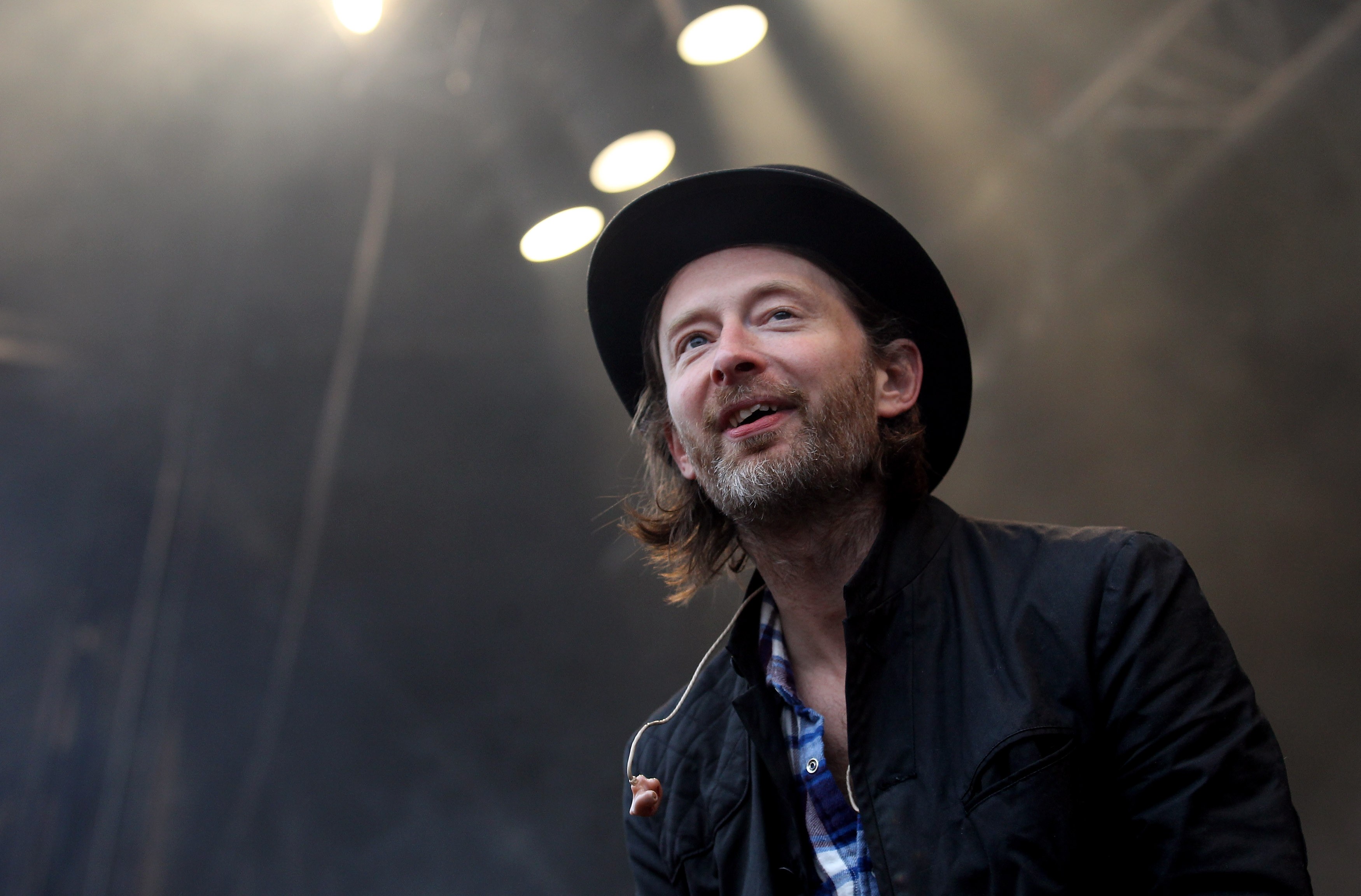 Thom Yorke is a serious artist whose music has diagnosed society’s profound alienation, but he’s also a guy who likes to relax. Radiohead’s new tour is set to kick off tomorrow night in Miami, and yesterday, Yorke and his girlfriend Dajana Roncione decided to go to the Florida beach. The trip was chronicled in an unsparing post by The Daily Mail, which flattened all of Yorke’s qualities into boilerplate celebrity analysis.

Here’s the type of writing I love to enjoy about Thom Yorke, who sang “Paranoid Android”:

Thom was typically understated, rocking a slate colored tee with loose athletic shorts as he made his way through the sand with his Italian girlfriend.

The Daily Mail, which amusingly identified Yorke as the writer of “Fitter, Happier,” had something to say about his beach bod:

Thom took off his shirt to reveal his pale English body, which was in dire need of some sunshine.

The OK Computer artist covered his shaggy hair with a cap while hiding his eyes behind mirrored glasses and sporting a hearty layer of salt and pepper scruff on his face.

What did the happy couple do? They “walked in the white sand for a bit before sitting down and chatting while Dajana indulged in a cool coconut.” Sounds fun.

Roncione, who is Italian, looked “molto bella.” Thom looks good, too. He’s not really that pale. The Daily Mail has lots of photos, if you want to see for yourself.