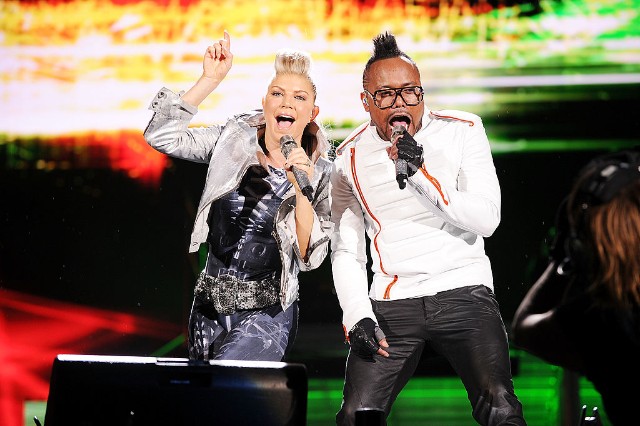 Marvel’s newest attempt to interface with hip-hop culture is going to be a sorrier sight than Luke Cage’s soundtrack or the PR for Ta-Nehisi Coates’ Black Panther series. The company announced yesterday that they’re publishing a new graphic novel this summer written by The Black Eyed Peas’ will.i.am. It’s called Masters of the Sun — The Zombie Chronicles, and it’s a full 120 pages. In it, the powers of hip-hop, among other things, are harnessed to fight zombies.

Mixing LA Gang culture, B-Boy-ism, and Egyptology, MASTERS OF THE SUN – THE ZOMBIE CHRONICLES fuses together the genres of music and comics and tells the complete tale of a retro futuristic zombie thriller, mixed with action, suspense, and horror unlike anything seen before.

It’s easy to believe it will be unlike anything seen before. Marvel offered a few more specific plot details:

Los Angeles is under attack from an ancient alien God sent to earth to turn its inhabitants into zombies. With a deep love of the Hip-Hop culture, Zulu-X and his crew go head-to-head with a nefarious ancient order to settle a score thousands of years old. What happens next can only be described as the perfect blend of ancient wisdom and street-smarts all rolled into one epic adventure.

will.i.am claims The Black Eyed Peas have been working on this concept “for years” and that it indicates “a new journey” for the group. Thinking back on that garish, space-age Super Bowl halftime show from a couple of years ago, it kind of all makes sense in a fucked-up way. If the BDPs continue on this journey, will they one day become the heroes of their own series? Only time will tell.

Masters of the Sun – The Zombie Chronicles will be available in stores in July.