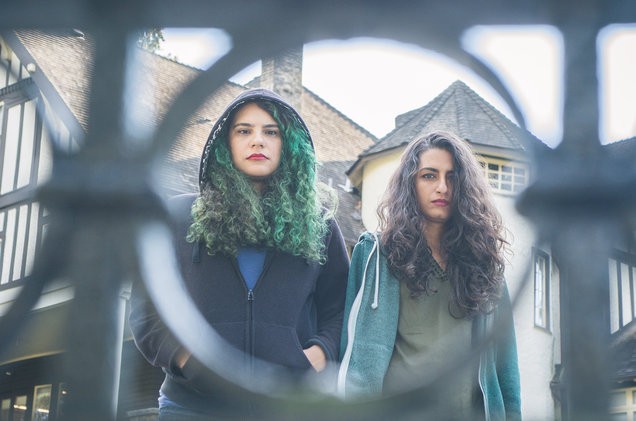 At least seven artists hoping to play the annual South by Southwest music festival have been turned away at the U.S. border amid confusion over the type of visa needed to enter the country.

At issue is whether artists can perform at free showcase events like South by Southwest on a B-1 visitor visa, typically issued to tourists who aren’t legally allowed to work during their visit to the U.S. Most artists who enter the country for a tour do so on a performance visa (also known as P-1), but artists performing for free at showcase events like South by Southwest have used B-1 visitor visas in the past to enter the U.S.

On Monday, U.S. Customs and Border Protection officials issued a statement to Billboard explaining that “if an individual is a member of an internationally recognized entertainment group, they must apply for and be granted a P-1 visa.” The CBP didn’t direct the comment towards a specific group or event.

Questions about border entry for SXSW artists come after Egyptian-Canadian post-hardcore band Massive Scar Era said three of its members were denied entry into the United States on Sunday (March 13) at the U.S./Canada border in Vancouver, B.C. Vocalist and guitarist Cherine Amr tells Billboard that a USCBP officer informed the group that their B-1 Visas were not being accepted for entry. The Egyptian-born singer is a permanent resident in Canada, another band mate is a Canadian citizen and another enjoys First Nation status granted to individuals from indigenous groups. All three were denied entry, despite pleas with a border patrol agent that the band had played the Austin festival twice before on a B-1 visitor visa.

“He said that he knows that I’ve done everything legally, and that I’m not lying, but he’s still not going to let me in,” she tells Billboard. “He said that people are using the festival to protest, but I told him we are not going there to protest. We have no intentions of doing anything illegal or engaging in any political activity. We’re just going to promote ourselves, meet labels and bookers and network.”

Four other artists — three men with the group Soviet Soviet from Italy and the London-based drummer Yussef Kamaal — were denied entry into the country after their B-1 visitor visas were rejected. Members of Soviet Soviet were arrested at Seattle-Tacoma International Airport, detained over night in jail cells and deported back to Italy the following day.

A spokesperson for SXSW said event officials “know about the situation” and “have spoken to the artists” but are declining to comment on the visa issue. As for possible political demonstrations at SXSW, the spokesperson told Billboard “we do not know of any protests taking place at the event.”

South by Southwest officials warn on their website that travel into the United States from countries like Canada and the U.K. on a B-1 is often granted, but not guaranteed. Event organizers encourage artists to apply for a performance visa, even if they’re not getting paid for their appearance. Despite the warning, South by Southwest officials did issue Amr and the other band members a letter to present to U.S. Customs officials advising that a B-1 is “appropriate when bands will be engaged only in showcasing at SXSW” because “it is not labor for hire; rather, it involves unpaid demonstrations of skills that include composition, practice and performances.”

Amr said she called the festival organizers for help at the border and attempted to hand the officer the phone, but he refused to talk to them.

“He told me ‘No, no. I am not convinced’ that South by Southwest should be played under a B-1 visa,” she said.

Amr said she was not cited and was told she would not be penalized next time she attempted to enter the country, but she said the cancelation has cost her over $1,000 and she’s concerned it will hurt her music career.

“I’m 100-percent independent and self-financed and the band is doing this without any support from a label,” she said. “I don’t know what to do. I don’t think any label or any booking agent would want to waste their time or money in a band that could be banned from entering the States.”

This story originally appeared on Billboard. This version has been edited to reflect changes in the original article.