SXSW 2017: A Jovially Drunk Mike WiLL Made-It and 2 Chainz Were the Best Part of Last Night

Home » Features » SXSW 2017: A Jovially Drunk Mike WiLL Made-It and 2 Chainz Were the Best Part of Last Night

Perhaps the most unapologetically 2 Chainz moment during his SXSW headlining appearance at Emo’s came when he queued up his latest single “It’s a Vibe,” an aphrodisiac that features Jhené Aiko, Trey Songz, and Ty Dolla $ign. None of those singers were here, and 2 Chainz is at least self-aware enough to know he can’t sing those melodies. So, he sauntered back and forth across the stage as the song played because, he explained, “it’s called ‘It’s a Vibe.’” The rapper formerly known as Tity Boi had already run through “I Luv Dem Strippers” and “No Problem,” so he definitely had the momentum to coast within his invisible THC cloud. And yet, even he had to do a bit of convincing following the mess that came before.

2 Chainz and final act Mike WiLL Made-It—who admitted he was drunk by the time he showed up—came after a night of egregiously late performances and mediocre unannounced guests. At around 9:30 p.m., Trae the Truth was performing with enough Texan verve to have you shouting the lyrics to songs you don’t know. Soon after, the vibe was dying. Decatur’s Runway Richy, who was scheduled to play at 9, finally went on stage at 11:30. Scotty ATL went on two hours late and couldn’t get through five minutes before a skirmish broke out in the crowd: A portly white male and a petite woman had to be separated, but not before the woman got a chance to twirl her tongue behind her V-shaped fingers as a final taunt.

The night’s low point came when the fur hat-wearing Ralo, another unannounced rapper, closed his five-minute set by exclaiming, “They ain’t want me to come up here, but we don’t give a fuck,” with dozens of affiliates backing him on-stage. It was a Khaled-ian attempt to galvanize the crowd that failed miserably; the 2 Chainz chants roared up seconds after.

2 Chainz finally showed up around 1 a.m. sporting a long bandana, a satchel, and designer shades, looking like a ronin who spends his days at a strip club. For 30 minutes, he had the air of an older brother talking his siblings out of a fistfight. Any lingering tension died by the time he ran through “I Luv Dem Strippers” early in his set and was well in postmortem when he did trap hymnal “Good Drank.” The night quickly became another reminder that he’s become one of hip-hop’s most amicable voices, capable of turning a restless night into, well, a vibe. 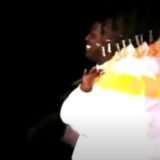 Afterwards, Mike WiLL finally made it on stage as the inebriated avuncular figure. It was more of a venue-sized listening session than it was a traditional set; the producer played cuts from his upcoming album Ransom 2 and said little before Rae Sremmurd, Lil Yachty, and Blac Youngsta paced his performance. The curfew was at 2 a.m., though, so the sound was cut off when Rae Sremmurd grabbed the mic to perform “Swang.”

Mike WiLL and Rae Sremmurd then did what any charitable rock star would do. They absconded to their Mercedes tour van right outside and played some more cuts off the speakers as still-committed music heads gathered around. Stone-faced behind his dark shades, Mike WiLL bobbed his head with the confidence of Svengali in Timbs; the Sremmurd boys fist bumped as they awaited word on the afterparty location; dozens of phones rose to cover the prime Snapchat material. It was a decent recompense for an endurance test, a spontaneous kiss-off instead of a bummer ending.