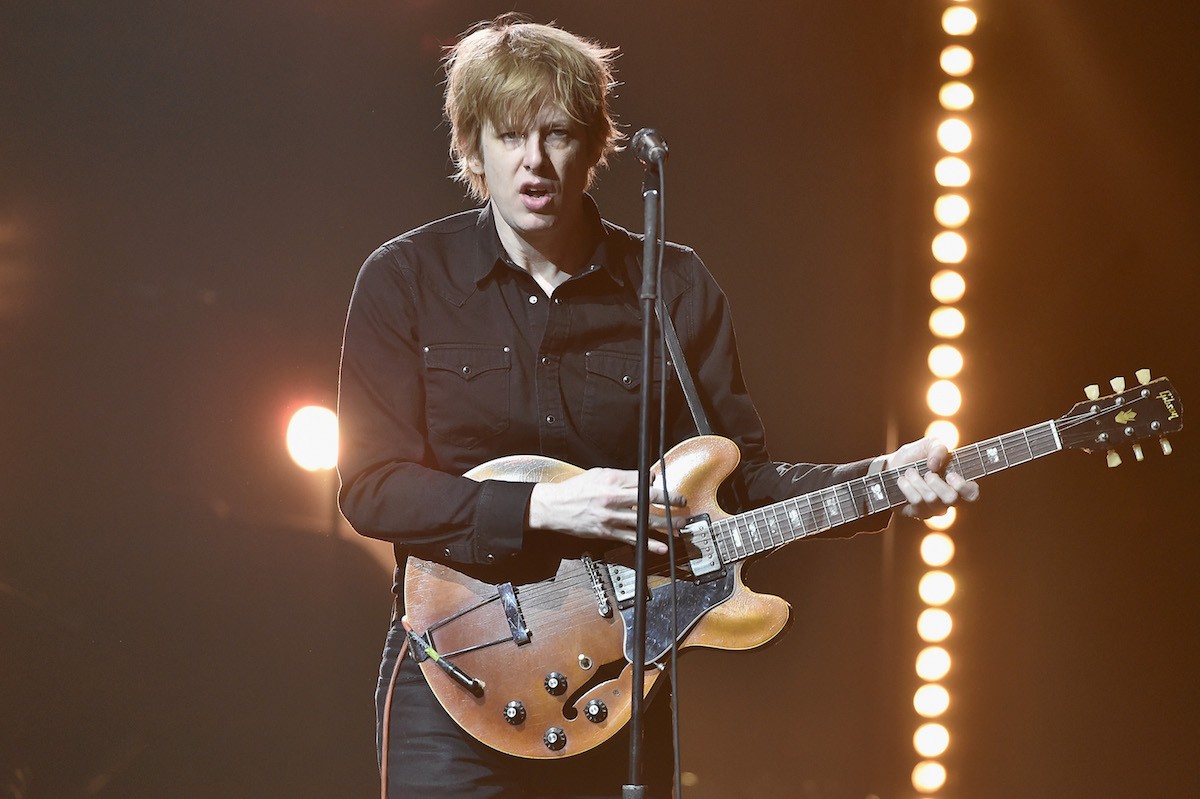 “I ended up listening to even more Bowie than usual last year,” Daniel said, adding that Spoon played Bowie’s 1979 album Lodger repeatedly while working at producer Dave Fridmann’s Tarbox Road Studios in rural New York state. “It’s out in the middle of the woods, nothing happens. The control room’s nice, but the living quarters—if you wanna listen to music there’s only one way, it’s on this jambox, and you have to play a CD. So we burned maybe six, seven CDs, Bowie’s Lodger was one of them, and they got played constantly.”

“A song like ‘Modern Love’—I’ve always wanted to write a song with that much energy,” Daniel said. “I would do things like look at, ‘Okay, what chord is this song in?’ It’s in B. And what is the note that he’s starting the song [in], because the beginning of that song is so good. He’s right at the top of his range. Wherever that sits in the chord, I was like, ‘Maybe I should try that.’ That kind of stuff—very analytical.”

Daniel also performed a solo acoustic version of a song from Hot Thoughts, “Do I Have to Talk You Into It.” Other panel performances included McCaughan with the live debut of his anti-tribute to 2016, “Happy New Year (Prince Can’t Die Again),” Caws playing Nada Surf’s “Always Love,” Mills playing a song from his baseball-themed supergroup the Baseball Project, and collaborative performances of Big Star’s “The India Song” and “September Gurls.”

Video from this afternoon’s panel is not yet online, but you can check out “I Wrote that Song” panels from past years on YouTube. Spoon’s Hot Thoughts is out tomorrow, March 17, from Matador.