Someone Tried Impersonating the Nickelback Drummer to Buy $25K in Microphones 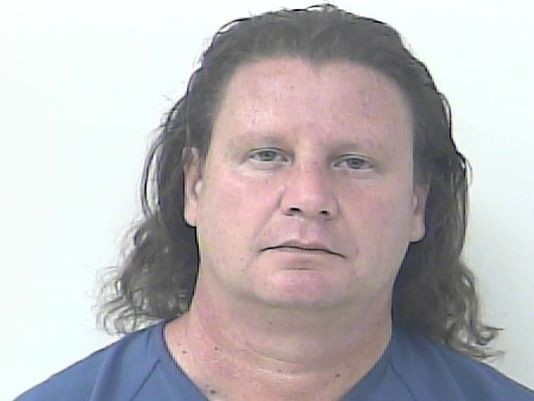 A man in Port St. Lucie, Florida was arrested Tuesday, February 28, for allegedly impersonating Nickelback drummer Daniel Adair. The imposter, 45-year-old Lee Howard Koenig, used Adair’s name to order $25,000 worth of microphones from a company in Vienna, Austria. He then had them shipped to a Florida address.

The police were first notified on January 19 by a security specialist that Koenig had used Adair’s name, according to the TC Palm. Koenig, who is apparently in a band or some kind of musical project called Mr. Wooky, discovered he has the same drum setup as Adair, and went for the ol’ switcher00. According to the story, a representative for the band contacted Adair about the purchase, who confirmed he was not the one ordering the microphones from Austria.

The New York Daily News reports that Koenig had been busted for fraud once before, and sentenced to two years in jail for a $50,000 scheme.

The Mr. Wooky Facebook page, one of the websites affiliated with the imposter, alleges that Koenig is a “SONY/Epic session touring and Multi-Platinum award winning drummer” who has “toured with artists such as Beach Boys, Bertie Higgins, Rick Derringer, Billy Joel, Tito Puente, SNL Band, and many others.” The Facebook page also says he was born in 1771, for whatever that’s worth.

The lesson here? Don’t impersonate the Nickelback drummer, even for personal gain.

Trump Drags Nickelback Into His Bizarre Feud With the Bidens