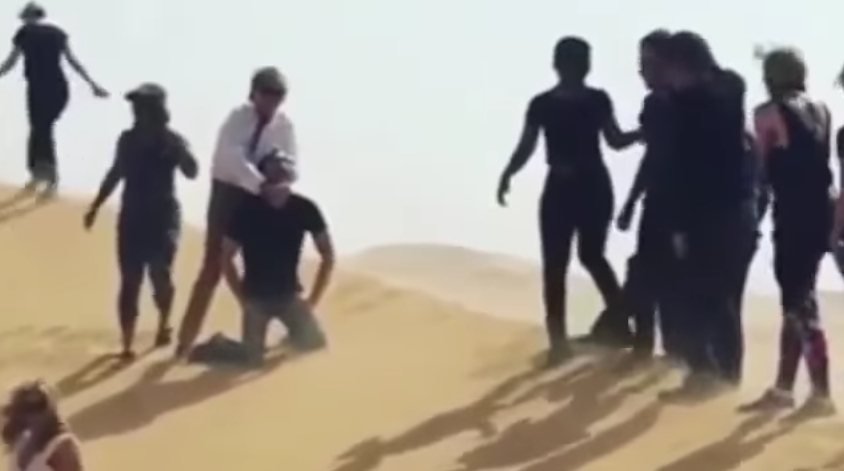 In a strange micro-controversy, Rod Stewart has apologized for participating in what appeared to be a parody of an ISIS execution video, as Politico reports. His wife, Penny Lancaster, posted a video to her Instagram of Stewart and his friends having some fun in an Abu Dhabi desert. In the video, Stewart appears to force one of his male friends to drop down to his knees, before pantomiming the slitting of his throat—an action that, when considered against the Abu Dhabi sands, surely seemed to evoke those infamously horrific ISIS execution videos.

“Understandably, this has been misinterpreted and I send my deepest apologies to those who have been offended,” Stewart said in a statement. Stewart claimed he was mimicking a similar scene in Game of Thrones, where a character (no spoilers!) is murdered in a similar position. He’s not wrong, making this a brutal lesson about context. Watch the mirror video below.