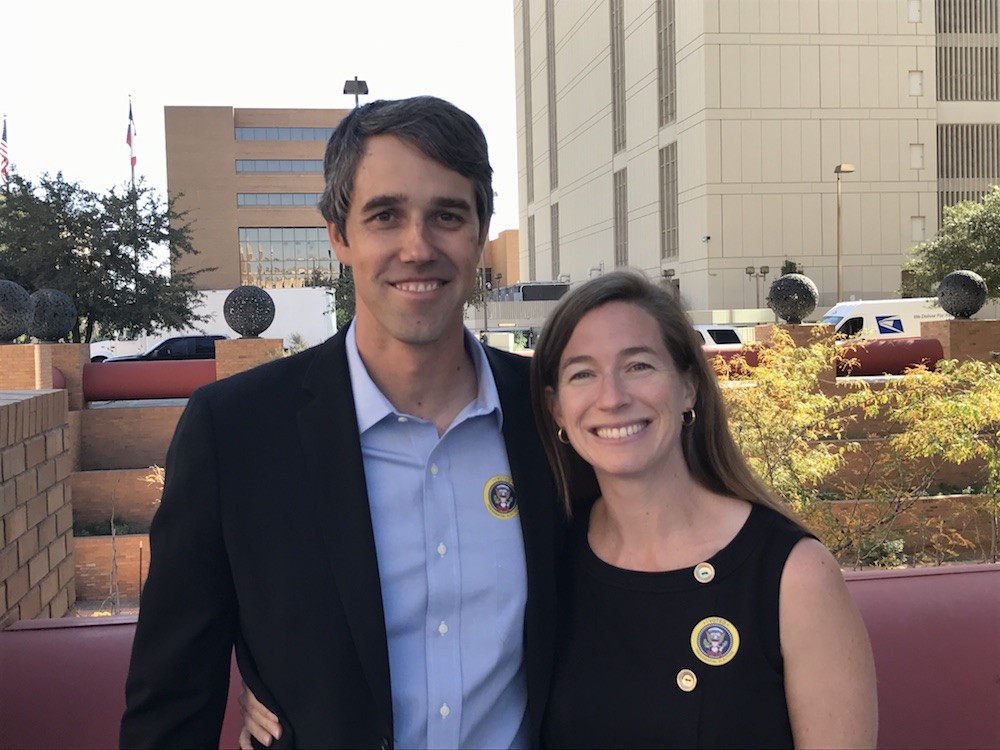 Robert Francis “Beto” O’Rourke (D-TX) is a U.S. Representative who’s held his seat since 2012, after defeating seven-time Democratic incumbent Silvestre Reyes in a primary. Today, he officially announced his candidacy for the Texas Senate seat currently held by Duke basketball cosplayer Ted Cruz, whose Senate colleagues dislike him more than the devil himself. The seat will be contested in the 2018 midterm elections

O’Rourke is considered the first prominent Democrat to challenge for the seat, the AP reports. He’s also a former bandmate of At the Drive-In and the Mars Volta’s Cedric Bixler-Zavala, with whom he played in ’90s punk band Foss. While Bixler-Zavala went on to obvious fame, O’Rourke quit music early on. “I wasn’t that good at it,” he told the Washington Post, and also said his father pushed him to find another line of work. “He won’t say it, but the expectation is: We didn’t take out loans for you to go to Columbia and then [play] in a punk band your whole life.”

Washington dislike and general slithery vibe aside aside, Cruz is a popular politician in Texas. O’Rourke’s candidacy seems like a long shot, and other Democrats may throw their hat in the ring, too. But are we so far away from the most rock n’ roll Senator of all-time? Give the people what they want.

You can read more about O’Rourke’s campaign here.

Here’s a charming video of Foss performing on an El Paso public access show in 1994: