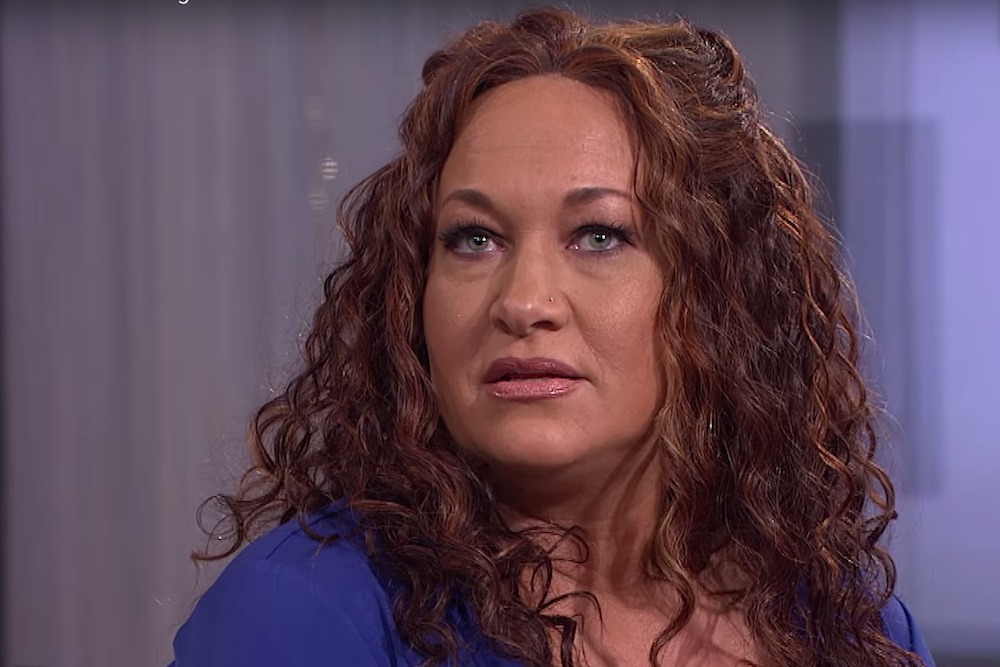 When we last heard of Rachel Dolezal she wasn’t doing so hot. In an interview with The Guardian, the former NAACP chapter head and pioneer of the transracial movement revealed she is on the verge of homelessness and has been living off food stamps. She’s had trouble landing a job because, well, she’s Rachel Dolezal—her name’s synonymous with fraudulence. No transracial wave has materialized to comfort her.

But Dolezal may be on the way to getting her groove back. Daily Mail reports that, last October, the 39-year-old has changed her name to Nkechi Amare Diallo, a name so black it she shares it with a police brutality victim. Distancing herself from “Rachel Dolezal” might get her foot in the door with some employers, but it’s hard to forget that plantain-colored face. Phone interviews are probably still her best bet.

Diallo has already been trying to use the name to her advantage. In October, she started a Change.org petition as “Nkechi Diallo” to demand that TED post a speech she did earlier last year as Rachel Dolezal. Although she only got 30 of the 100 required signatures, TED posted the footage with a post explaining that had no idea she even gave a talk—an easy oversight since there are thousands of events held yearly and TEDx organizers hold talks independent of TED.

“Rachel Dolezal” is still good enough to sell books, though. The transracialist will retain her former name for her memoir In Full Color, which is due later this month. Happy Month-After Black History Month.

Rachel Dolezal Has Done It Again